The Delicate Frames Of Grief 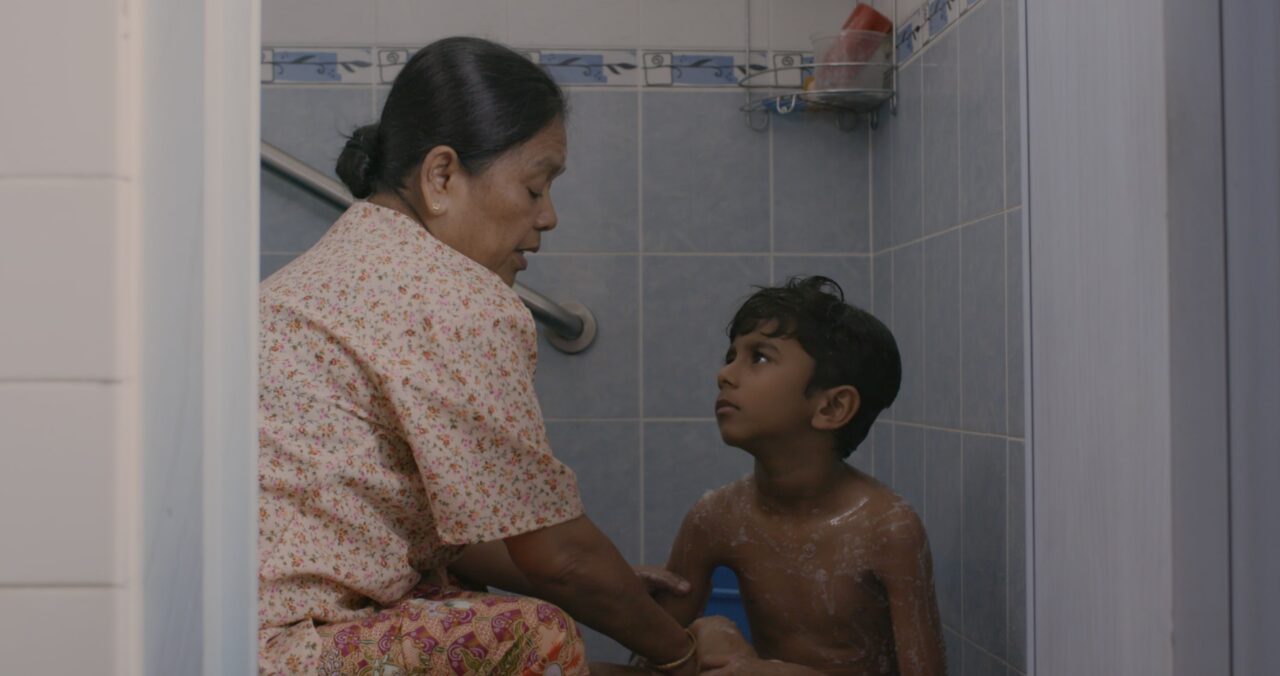 The Delicate Frames Of Grief

The Smell Of Coffee

“Grief and rage— you need to contain that, to put a frame around it, where it can play itself out without you and your kin having to die.”
– Anne Carson, Grief Lessons: Four Plays by Euripides

In Carson’s translations of Euripides’ plays, she discusses the human universality of grief. Grief induces rage, rage becomes uncontrollable, and the potential intensity of both lies dormant within every individual. The unfortunate caveat, Carson observes, is that without the solace of art, one must confront these volatile emotions in isolation. In The Smell of Coffee, loneliness and disconnect permeate every frame. They seep in through the careful renderings of quietude, moments of unspoken suffering, and soft instances of pain.

The film begins with a black screen before a voice interjects. “Grandpa?”, Raga (Tridev Mathan) asks, but there is no reply. He stands before a shrine: an image of Vishnu hangs on the wall and a brass Brahma serves as the centerpiece. The child too is part of the array but occupies only a fraction of the shot, and it is not him but his reflection that projects an empty stare. This gaze, which reoccurs at crucial moments of the narrative, embodies the threshold of youthful incomprehensibility, illustrating innocence slowly giving way to an inevitable fact of life. Crucially, Raga must learn this lesson on his own.

Early on, as his grandmother (Sithira Thevi Selvalingam) bathes him in a cramped bathroom, the child asks, “Grandma, where did mom go today?” She deflects his question with opaque statements like “there are some prayers we have to do”, and “Mom has gone to prepare all the things”. When Raga asks why they must pray at the temple, the grandmother falls silent. Her muteness shields Raga from reality, and invites the rippling water to take the place of an answer. Accordingly, where neither Raga nor his grandmother can articulate their pain, the aural banality of everyday objects serves as the frontier of their connection. The sewing machine’s jagged voice, the clicking of toy pieces under Raga’s hand, and the washcloth’s fluttering in the wind fill the chasms between and beyond our two human guides. An ever-growing emptiness takes centerstage as the apartment is shown in the waning afternoon sun: kitchen tools are left unused, male clothes unworn, and crumbs from eaten biscuits litter the dining table.

Following these shots, the grandmother is shown at an ironing board. Like Raga before, her face is glimpsed through a reflection in a well-placed mirror, reiterating emotional distance. As the scene progresses, the iron’s smooth glide on creased cloth transitions into her intimate sobbing, and for a brief moment the two sounds are nearly indistinguishable. Her face bears an expression of painfully restrained mourning, as if worried that her grandson may witness her vulnerability. This, it appears, is the root of her aforementioned silence. How is she to communicate with Raga when she has not yet overcome her own anguish? Unbeknownst to her, Raga watches the scene unfold from a crack in the door, learning yet another fact of life.

In the film’s closing sequence, Raga awakes and calls to his sleeping grandmother, asking “Grandma, do you smell the coffee?” He follows the scent to a room where an altar has been made. A candle is lit before a funeral image of his grandfather. We linger on Raga’s blank expression as the light around him flickers and falters: he makes no move to leave but continues to stare, ceaselessly, in continued questioning of where his beloved grandfather has gone.
The Smell of Coffee skillfully captures the affect of loss. Nishok infuses the everyday with the palpable emptiness of absence, and lends the spaces a dreamlike quality as though formed from memory. Most of all, the film serves as a precise frame around grief and rage. Through the depicted struggles of loss and sorrow, we are made aware of our own reclusive inclinations. We watch ourselves in Raga and his grandmother, and reflect on our inhibited experiences of grief. The consolation Nishok provides is that we do not need to face them alone.