Upstream, Downstream, Past and Present 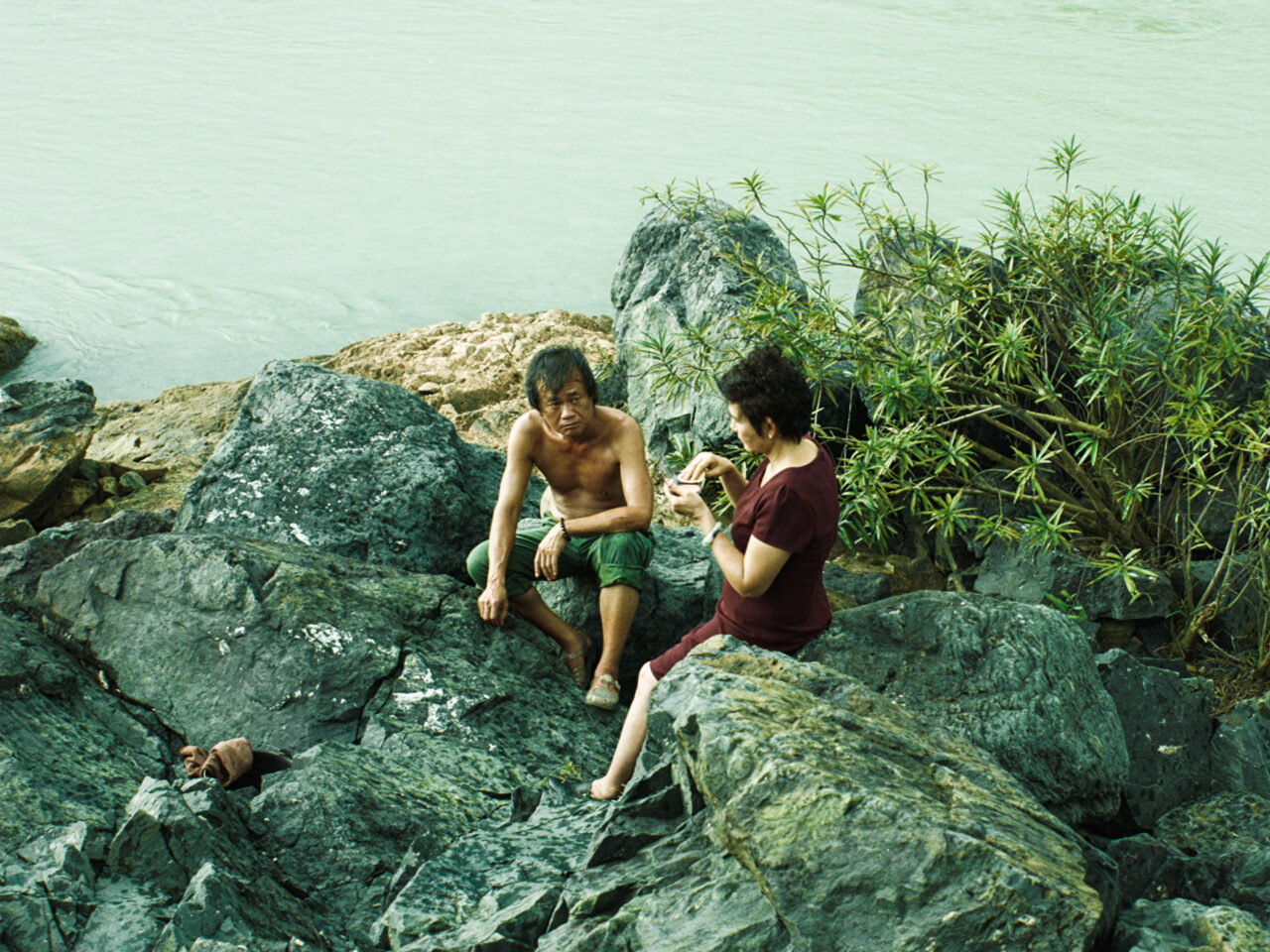 Upstream, Downstream, Past and Present

The river flows constantly without stopping, just like time. In his short film The Unseen River, Vietnamese director Pham Ngoc Lân explores this notion of time and memory. Following two different sets of characters in love, we see relationships evolve and transform as the river of time flows. The first, a young couple and the second, two elderly ex-lovers. The camera moves with a mind on its own, in elegant pans and fluid strokes, while the frames morph into a memory. The film opens. A young couple travels by boat on a river. Their hair, their clothing, their skin all bear a mark of rebellion. Rebellion against conformity. They enter a monastery, a young monk appears, shaved and in  simple robes, and with a different voice. A voice of simplicity, a voice echoed by Buddhist theology.

It is strange that the young are often caught into two different streams of life, one of individualism the other of traditionalism. The young couple presents their pressing need for rest, for a good night’s sleep. The Abbot is old, his eyes grey and tired. His vision wavers, seeing neither the physical form of the young couple nor their tattoos and piercings. He does see their spiritual condition however. His remedy lies in his remark, “sinking into a deep sleep is like surrendering to a current”. Surrendering might be something foreign to our tattooed couple. Perhaps the condition of the soul lies not in what we wear or identify with but rather in what we surrender ourselves too.

The film cuts to an alternate storyline. An elderly man is fishing, he turns around to meet the wandering camera. The wandering camera for a moment becomes us as we witness his gaze. His gaze collides with the gaze of an observant woman on a cliff. It is soon revealed that they were once lovers. The old lovers sit by the river. The man comments on the scars on his body caused by the river, he says that it’s ‘inked into my flesh just as they are into my heart’. Implying that the river has made its mark on him. We can’t help but think how this parallels our tattooed youth and their inked bodies. This drawing toward the ink, towards the mark might be the bond they both share. Both scenes show this unknowing truth that we seldom reflect on. Time marks us, but as the woman remarks, time mends as well.

The monk, whose children and wife were washed away by a flood a long time ago. He remarks to the young couple that the scariest thing is not sleeplessness but dreamlessness because dreams are the only place where we can experience the past or the future. He speaks of the dreams he has, of his family staring at him in silence. Which brings us to the last concept explored in this film. We mark time. The family exists not as physical beings, but as spiritual beings who exist because of time. Time flows, carrying our stories and memories. The monk’s dream of his family could be of the future and the past intertwined. The film ends with our young man fishing in darkness as the camera moves away. Fishing like how our elderly man fishes for necessity or how the monk fishes without a lure or bait, because he fishes for a peace of mind. The young man in darkness fishes for both. He fishes out of a necessary brokenness formed because of a lack of peace. A lack of peace perhaps because he can’t see a future with his girlfriend. A lack of peace perhaps because he can’t dream. The camera moves to the flowing river when finally we cut to the face of our young man. Tears flow down his face as he watches the river flow.

The film talks about memory and time as concepts that flow and move without our consciousness.  We know this because of the motifs given to us through dialogue and art. The dialogue, always centreing around the past, impresses upon us a form of time that exists as a narrative device within the frame.  The way the camera moves replicates a memory unfolding. It is organic and seamless, it does not discriminate between our characters. We are invited through the lens to be an observer, an observer of life, an observer of love.

Both couples, one going upstream and one going downstream imply this sense of wholeness and reincarnation, with their stories connected by time. An old couple, a young couple, what does it matter? What matters is love and how it evolves through the ever eroding waters of the river. The river, a symbol of time and the boats, a symbol of human consciousness. Both time and consciousness separated but connected at the same time.