“They do things differently there” – Travel and escape in international cinema 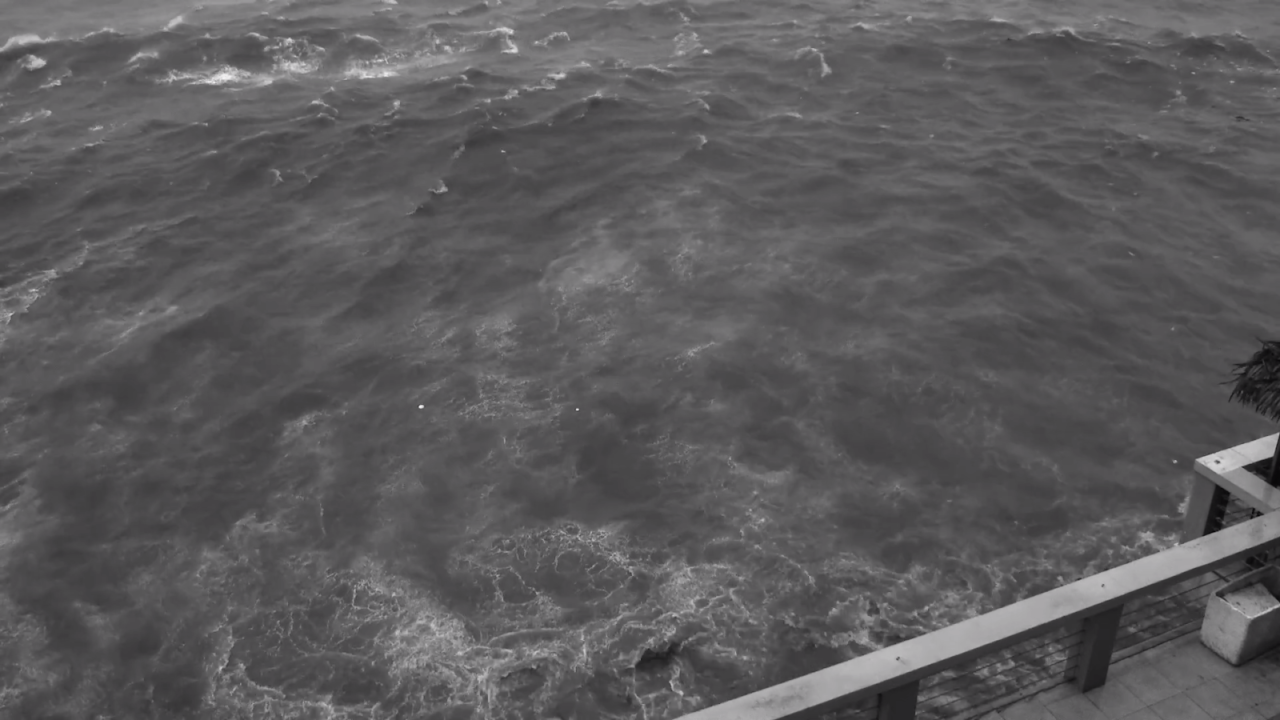 “They do things differently there” – Travel and escape in international cinema

The borders are all but shut. In Singapore, everyday space and quotidian actions are now governed by a regime of QR codes, little bottles of sanitizer and red-and-white tape. Stay home to stay safe. Keep your mask on. Plan a trip to Hong Kong – until you can’t. Yet this November, I’ve travelled.

I’ve navigated dark alleyways and crossed roads in Bangkok and Manila. Passed through flats in various parts of Singapore. I’ve visited Phnom Penh’s beauty salons and the ugly side of Philippine golf courses. I’ve glimpsed what us humans have done to the Mekong and West Java, mourned the heavy hand nature has wrought on Tacloban. I hear stories in various tongues, see life and loss etched on human faces.

The 31st Singapore International Film Festival’s internationality becomes all the more significant in a strange, tumultuous world, acquiring unprecedented meaning amidst unprecedented circumstances in unprecedented times. The Southeast Asian Short Film Competition programmes, spanning seventeen films from eight countries, highlight this through varied settings, concerns and origins. Bridges are built, even if bounded and ephemeral, to countries no longer readily accessible. True, cinema has always had an element of travel, in conjuring up a space separate from the physical theatres viewers inhabit. For films, more than consumerist pleasures or textual narratives, are ultimately experiences that are challenging and rewarding to engage with at their best. They almost always reframe what is ordinary, and per Jacques Rancière, what is sensible. The best films provoke us to reimagine our selves and social relations, reflect on our histories and subjectivities, making “thought strange to itself”

Space is vividly and prominently explored, often to crushing effect. Petersen Vargas’ How to Die Young in Manila takes us through the eponymous capital and into the everyday interactions unfolding within its packed urban spaces. Ordinary settings, from public toilets to underpasses play host to ambiguous forms of sex, intimacy and connection. This is not the Philippines of guidebooks, beaches, and desktop wallpapers, but a diverse and plural Philippines that coercively relegates its minorities to the fringes. Its grimy, body-filled streets and passages emphasise the marginality of the community it focuses on. It is sex – its thrill mingling with the dangerous reality of being queer men in a hostile society – that its inhabitants seek out. The film’s cinematography captures the anticipation, confusion and anxiety circulating through its concrete arteries through a slower cinematography that stalks, not follows its characters. These pains and pleasures are often invisible to itinerant tourists, yet integral to understanding Manila as a city.

Tellurian Drama, Riar Rizaldi’s ambitious docufilm, is a different kind of venture. “The past is another country…”, to riff on L.P. Hartley. West Java’s hilly terrain and jungles conceal an abandoned radio station, a prompt to investigate both colonial imaginations and hidden, invisible histories. Over and over again, imperial projects have operated through travel and the imaginary of an ‘other space’, one waiting to be discovered, claimed, and then rationally conquered and understood. All this is alluded to in the schematic visuals, mixture of archival images, and sweeping shots of mountainous landscapes silently humming with energy. It is not a narrow history of Dutch construction, but rather a meditation on what space can offer indigenous inhabitants when memories of its use and re-use are fragmented and sometimes inaccessible. Rizaldi explicitly pushes against the station being transformed into yet another tourist attraction, and implicitly challenges early colonial constructions. The film ends with the intense, moving, and mournful performance of a black-clad folk musician. It is poignant in an otherwise intellectual, philosophical treatise. His music and movement are directed in a way resisting even the cinematic script, in sharp contrast to  touristic routines that construct narrow ethnic identities to exhibit. “This should do it”, he remarks as he finishes playing. You, the director, script the rest of the journey. You the viewer, interpret the rest of the journey.  Histories, elusive as they are, mountains, as malleable as they are, do not give anyone a tabula rasa to remake the world in their image.

Yet, cinematically wading into another space, another time, quickly hits its limits. There is a risk film authors only view rather than do. Our gazes are intentionally guided by preconceived anticipation and directorial visions, while our sentiments are sometimes numb to the horrible realities of the “brutally legible pictures” that Susan Sontag identifies as populating today’s “ecology of images”. Enough theory. It is evident in the first few minutes of Joanna Vasquez Arong’s To Calm The Pig Inside, on the aftermath of Super Typhoon Yolanda, or Nelson Yeo’s Here is Not There, concerned with transient workers in Singapore, that injustice takes many forms. To Calm the Pig Inside affords viewers a sense of being in a world hit by the typhoon – video footage of ruined buildings, gushing water, glimpses of death, the howl of wind all combine in a cacophony. Not all is a dizzying collage of sound and image, and towards the end Arong lingers on children’s drawings whose crayons communicate dumb horror. Just as they had to experience the typhoon, and just as Arong’s film acts as its own form of witness, the viewer here seems to have a particular role – that to mourn. Here is Not There takes a more conventional narrative form, but interweaves known sites – popular independent cinema The Projector and Little India, serving both tourists and local community – with anonymous warehouses and narrow dormitories. Moving between both iconic locations and interchangeable sites to depict migrant anxieties, hostile immigration laws and internalised racial hierarchies provides the Singaporean festivalgoer with an alternative narrative of the city and defamiliarising geography . Both films engage in difficult tasks of representation, communicating, and understanding the bureaucratic indifference to disaster’s human costs, or the crushing hierarchies beneath cosmopolitan Singapore’s veneer.

In seeking out culturally, emotionally, and visually striking experiences transporting us to a realm of the ‘other’, are we less travellers, and more tourists? Duong Dieu Linh’s A Trip to Heaven is simultaneously a humorous allegory for the afterlife and a lampoon of packaged tours, eagerly employing tropes familiar to any holidaymaker in Vietnam. Repeated attempts at connection are met with disappointment; banal tourist sites invite only overacting and superficial, hollow moments. Artifice, it seems, is the enemy of discovery and understanding. Ostin Fam’s Binh offers another perspective to examine our shared world. An alien meanders through this planet, encountering a lonely old man, an intriguing and perfidious medium, and a wandering chicken. It is one thing to travel across national borders; here it is a journey between entire worlds that Fam uses as an entry point to explore deeper human emotions. As  the alien protagonist travels to a temple, monolith-like and constructed, landscapes, spirituality, and reality itself feel eerily familiar. Thus the question from the alien: “Have we returned home after all?” As film spectators, we have this luxury of going home: all tours draw to a close. In 85 mins (give or take), the short film programme concludes, we are returned to the world of the ‘real’, of emptying theatres and green exit signs. When the process of viewing ends, reflection and thought begins. What emotions remain?

I leave the cinema humbled and moved. (Sometimes, a little confused too – but all the better to think with.)  Similarly, the reflections and essays of my fellow reviewers exhibit not a “compassion, stretched to its limits” and “going numb” (as Sontag fears), but contemplative empathy. “What does it mean to be human?” one critic-juror asks – the seventeen films offer a response to this complex question, that is not trite, but multidimensional. Separately, these films offer expression for another critic-juror’s grief “pondered in response to the devastation, separation, and isolation brought by the pandemic across the world and by the natural disasters across our region”. Someone else echoes the curious mix of escapism and gravity that films can offer us: sometimes what is needed is “nonsense prancing through a chaotic world”, where serious subject matter is tempered with a “little absurd fun”.

However, various shorts stress the limit of escapism. People can trade one environment for another, but remain embedded in thick social, economic, and even familial webs. Che Tagyamon’s Judy Free examines the dislocations inherent to the constant circulation of human bodies the global economy produces. The father of young Judy, briefly returning from his sojourn overseas, all but appears as a pink doodle, not a human figure. Uprooted, dislocated, human bodies are represented through two-dimensional, interchangeable squiggles, shedding this visual noise only in tender interactions that serve as fleeting escapes. Work does not emancipate. The most heart-wrenching moment of Rafael Manuel’s Filipiñana occurs when its underpaid dehumanized ‘tee girls’ emerge from hierarchical, manicured golf courses and retreat to a cantina to sing. Life’s repetitiveness is laid bare in ‘Si Filemon’, a folk song lamenting numbing cycles of drink and drudgery. The penultimate scene’s raucous atmosphere stands in sharp contrast to the daunting horror in its protagonist’s eyes. Far from evoking a sense of touristic travel or domestic familiarity, the short attunes our gaze to the human toll of menial, low-paid labour that sustains everyday luxuries.

These two shorts seem to provoke sympathy, but not outrage – their critical force is directed against wider, suffocating, near-hegemonic forces, where the amorality of markets pre-empt moral condemnation. Filipiñana’s tee girls are tethered to a golf course and a purgatory-like existence, while the final moment of Judy Free suggests that the disruptive cycles of migration and departure are not unique to Judy, but a reality for thousands of families. If the thought of these subjects being condemned to wander within the itinerancy of cinematic travel is too much to bear, it is worthwhile to recall Walter Benjamin’s own understanding of what the familiar and foreign can achieve. In his oft-quoted ‘The Work of Art in the Age of Mechanical Reproduction’, he writes that “film, on the one hand, extends our comprehension of the necessities which rules our lives; on the other hand, it manages to assure us of an immense and unexpected field of action”. Sometimes the path to this field may be unclear, but filmmaker and viewer alike stumble towards it with each film.

I have been content to sketch these films thus far, given that their significance is best appreciated by viewing them; like travel, cinema is an intensely personal experience. Our mental maps of the world slowly emerge from both the individual lenses and contemplation we apply to physical journeys and our own ever-growing list of watched films. Perhaps you will see these shorts in a cinema now neutered to fifty seats, or ponder them on the small screen, wherever you are. In being affixed neither to time nor space, cinema provides the liberating moments of this year.