The Relentless Modern Routine & The Constant Want For More 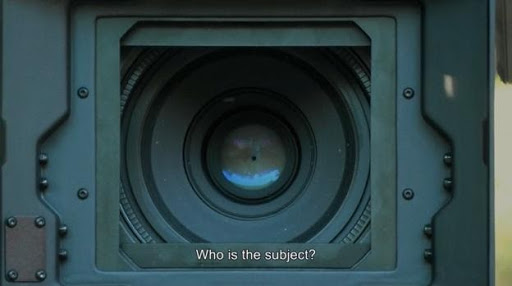 The Relentless Modern Routine & The Constant Want For More

Recently, I feel like time is irrelevant. Having just turned 21, sometimes it does feel like I’m going through a quarter-life crisis. As a freelance filmmaker, some days I am working non-stop on shoots, other times I find myself stuck at home having absolutely nothing to do. Being a filmmaker has always been a struggle for me. The drive to work personally comes from passion – that intense love for film and the impact that it can make. There is a certain emotional weight to my definition of work. Every film I make feels like I’m taking a part of my soul out and presenting it to the world. It’s a raw representation of who you are and the pain you feel as a human being. A relentless cycle of feeling pain, translating it into film and then repeating the cycle—over and over again. It’s difficult. I find myself questioning—is this all to life? What is the purpose of time, routine and pain?

This year has been dubbed one of the worst years in history. With the global pandemic putting our lives on a standstill, I am certain that many people would agree: time is moving in strange ways for all of us, as it has been for me.

Personally, I took the 31st edition of Singapore International Film Festival as a way to unwind and reflect on the deep emotional issues that other filmmakers may share with me through their films. Specifically, while participating in the Film Youth Jury & Critics Programme, I had the rare opportunity to watch the films of the Southeast Asian Short Film Competition. While I was watching, two films in particular stood out to me: People on Sunday by Tulapop Saenjaroen and The Cup by Mark Chua and Lam Li Shuen. Unconsciously, I realised that these two films in particular had taught me things about time in our modern context, the way we spend it and the emotional weight of it all.

Both films touch on the theme of freedom, specifically freedom of the mind. What was interesting about these two films was the manner in which they decided to tackle the subject matter. Taking a slow and stoic approach, it forced the audience to look at themselves in the mirror and question themselves. With every frame, every dialogue- I found myself reflecting: what is the purpose of routine and pain? Can we ever find it? Do we need to find it?

The Cup is a highly stylistic and surrealist short film about a masked man who goes through his everyday routine in his apartment: boil water, make a good cup of coffee, chat with his imaginary friend… and so on. The pattern repeats, as each day he wakes up to the same routine, yet new problems. The routine of the masked man seemed to mirror my routine when I had absolutely no work to do—wake up, drink a cup of coffee, lie in bed for hours, go to sleep, and then repeat. I found myself strangely relating to this weird creature.

While The Cup made me reflect on my routine at home, People on Sunday spoke to me through its questioning of the lack of structure present in work life, specifically a filmmaker’s work life. Presented in a documentarian style, the film begins with an actor narrating over behind the scenes footage. She comments that she honestly didn’t know what she was doing or saying, simply following the director’s orders. Not knowing anything about the film she was starring in, the only thing she knew was its title: “People on Sunday”, and that it was a homage to the German film Menschen am Sonntag (1930), which translates to the same title. Explaining that the film’s title was due to the fact that the actors were all non-professionals and only could shoot on Sundays, she then begins to question, in a rather throw away matter, were these non-actors were acting or not, were they working or relaxing?

The film then immediately drops in mood as an ominous unidentifiable voice takes over. With behind-the-scenes (BTS) footage as the visuals, I quickly assumed this was the voice of the BTS videographer. In a rather depressing tone, they started to question their purpose, commenting that “work related things are inseparable from non-work things”. Lines blurred, the unidentifiable voice starts to talk about their mental state and how the only reason they were still able to work is because they take medication, “sleeping pills, waking pills, mood stabilizers”; they then comment, “I use my mind and body like a credit card. Spend first, pay the debt later. The debt I can never clear however much I pay.” The owner of the voice starts to sink into some sort of delirious state, they lament that they no longer knew what it was like to be natural and to be oneself.

In quick succession, the narrator comments, “I have to function. I have to focus. I have to perform. Smile. Strong. Positive. Efficient. Flexible.” Then, something interesting happens. The camera slowly zooms in on the cinema camera on set, and he narrates, “Am I telling myself, or is somebody telling me? Or is somebody telling me to tell myself? The definition of function is already given. I am me, but what is me? Who is the subject?” Breaking the fourth wall is a common trope in cinema, but if a fifth wall existed, this would break it. A camera facing a camera.

More than ever, I felt that this ominous voice was my own. Working in the film industry, the pressure is definitely high—you have to be, as the film states: positive, efficient, flexible. When the work you produce comes from an emotional standpoint—the lines between work and passion blur. On the other end of the spectrum—when I am relaxing—I find myself stuck in an idle routine of nothingness. It is the struggle between productivity, time and the emotional burden that comes with filmmaking. When am I relaxing and when am I working?

Both films made me wonder: will I, like the characters in the films, be forever stuck in this never-ending cycle of idleness and chaos? This question seems like it has no answer. Maybe life will answer it for me, maybe life is just that strange and mysterious. However, I find a small hope and perhaps an answer in one of the scenes in The Cup.

After going through several mishaps, the masked creature stares out a window as it rains. Through the bars of the grills, it pulls out its head and holds it out in the rain. A hauntingly beautiful image.

I found comfort in this image. I realised that instead of running away from the rain, we might as well stand under it— to experience and grow. It told me that the cycle could be broken and reminded me that life was all about the pain and healing that comes in breaking that cycle of routine. It seemed a bit more clear to me now: that might be the purpose of pain and routine.