The Mountain & The Document 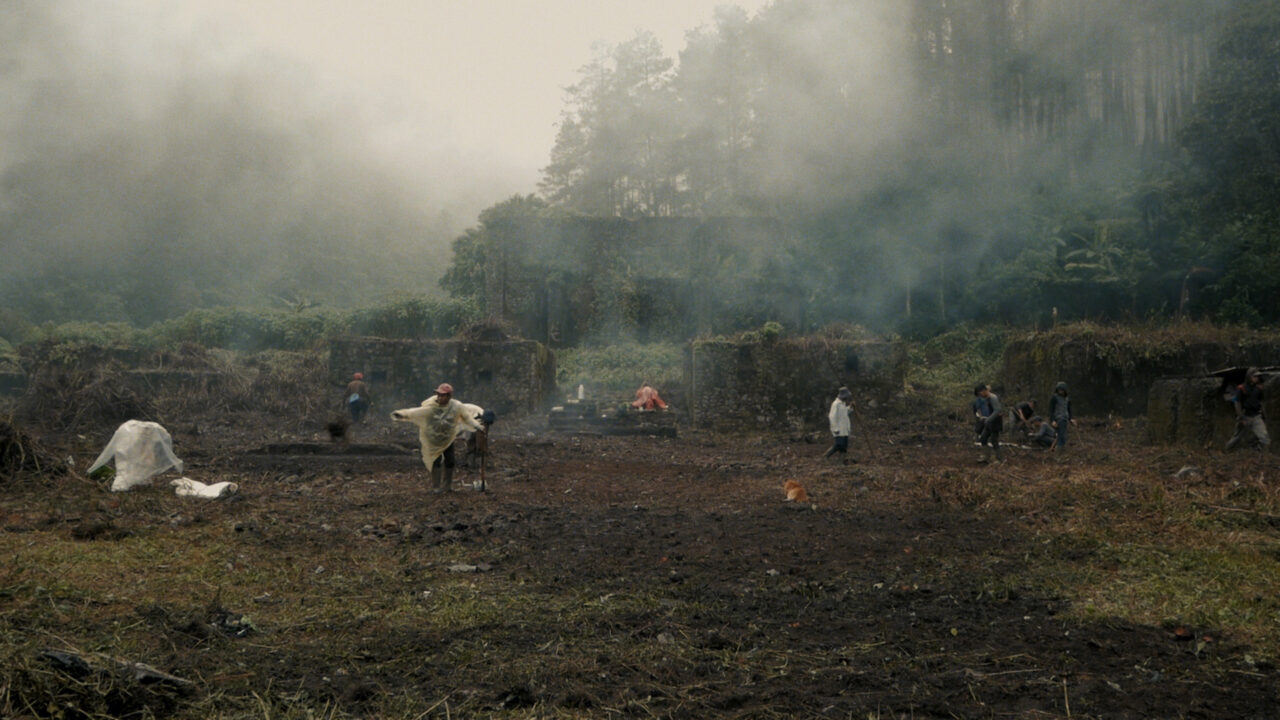 The Mountain & The Document

A voice, a location,a history: they all share the same art of storytelling. The same burden of truth. Fiction often merges with non-fiction in a strange manner. What is real and what is not are often defined by a godly voice. A voice who also happens to be the observer of time. Tellurian Drama, a docufiction short film directed by Riar Rizaldi tackles this coming together of time, history and machine.

The film looks at how colonisation robs the spiritual force that natives often are connected too. This vortex is  Radio Malabar, a project initiated by the Dutch in 1923, meant to be the first radio station with groundbreaking communication technology that escaped British surveillance. The ground literally breaks for this modern monolith, wires and tubes tangling around the natural ground and slowly suffocating the mountain that it rests on. The mixing of metal and plastic, with mud and plants, is horrifying. We look at these images and wonder if they are historically true.

For Rizaldi, the historical truth manifests through Dr. Munarwan, a pseudo-anthropologist whose research aims to explore and understand Radio Malabar and its significance. To Dr. Munarwan, the mountain contains active energies that helped to fuel the entire project. A view that seems to incorporate the machine with the organic. Nature and technology are married together, if only for the purpose of tapping into unknown sciences and power. To Dr. Munarwan, the project was also not simply a radio station with groundbreaking communication technology. It was one with the potential to expand on geoengineering. Other than Dr. Munarwan, who disappeared in 1986, there are little papers or research on the topic. All we have left are the stories of the generations of children from the forced labourers who helped build Radio Malabar. Stories that might hold on to a different truth altogether.

We learn that the place was looted and burned by the very people who built it, though this version of ‘what happened’ was quickly covered up by the mainstream press at that time. In the film, stories thus breathe and live without truth, which, on its own, seems not to be a given quality of the story itself. Official documents talk of a fire while the inhabitants talk of looting. Tellurian Drama places us in that position of observer and judge, who has seen how colonisation not only changes the government of a given land, but also has the power to change the truth of the land. Stories are no longer free to linger through the word of mouth, becoming something more mechanical, something more scientific. Perhaps they are reduced to the status of a mere document, while something else has become truth.

The film moves forward, the land changes. Grass-cutters cut and trim the foliage to reveal the foundations of Radio Malabar. Modernity once again reclaiming the land. It is revealed that soon Radio Malabar will be a tourist spot, presumably filled with stories and prestige to attract others to come and visit the site. One must ask themselves, if a mountain, one as old as the empires who ruled it, would weep at the human footprint that drags itself once again on it.

The film ends with a lone man playing a meditative melody, as the light drizzle falls on him. As the camera moves out into a fallen tree trunk, he ends his tune and breaks character. ‘This should do it’: the take is a good one. In that moment, Tellurian Drama bows to an unceasing truth. The document, the interview, the pen—and the film—are just man’s mere instruments. And when everything ends, what is left in that space would be a mountain. A mountain left behind by history, a mountain that cares not of history.