Par for the Course: To Be Asleep to That Which Rots You 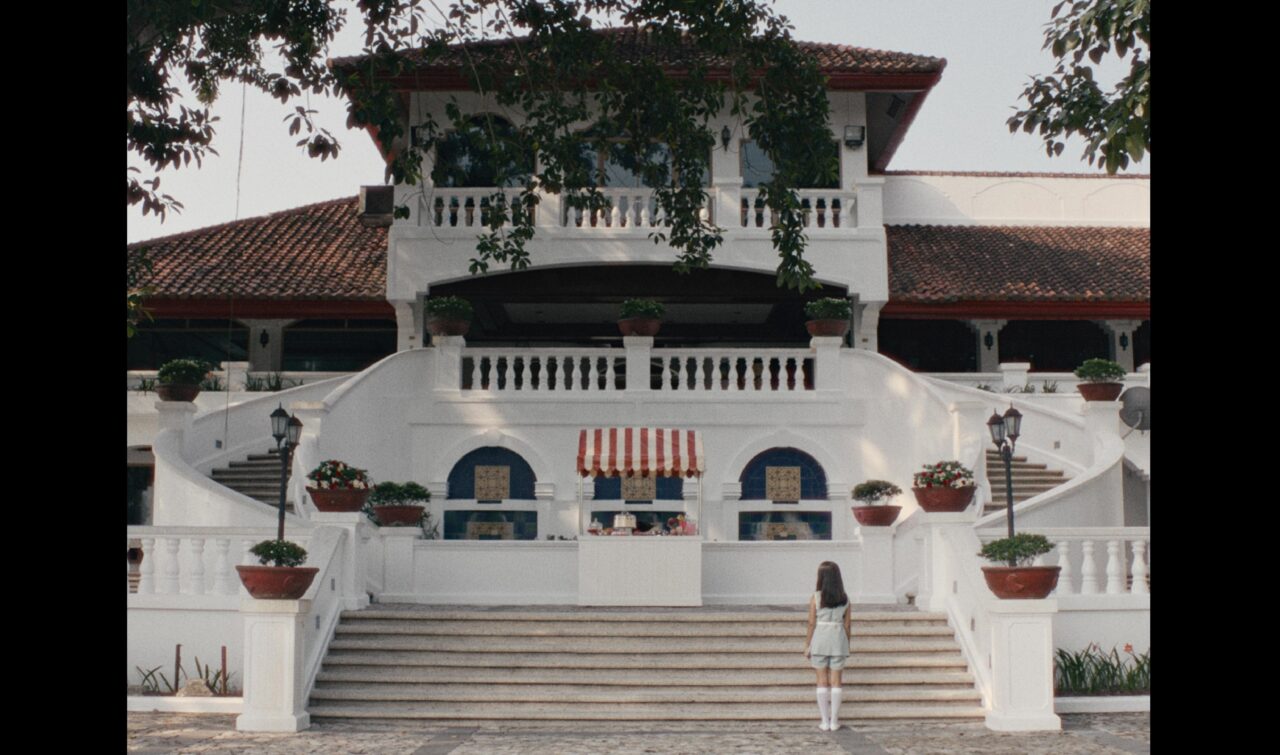 Par for the Course: To Be Asleep to That Which Rots You

Decked in sweeping foliage, shrouded in misty glamour, ample with saccharine delights, it is strange then, that our first introduction to this paradisal landscape is through the odd frame of a golf buggy. The golfer, Dr Palanca, takes charge of the golf buggy and drives off, leaving his caddy chasing after him, her calls drowned out by the gentle lull of birds chirping and the soft hum of a distant song.

There is a bitterness to this paradise.

The protagonist of Rafael Manuel’s Filipiñana is Isabel (Jorrybell Agoto), a new tee-girl at a luxury golf course. She is one of many tee-girls, a group that is similarly, one of many categories of labourers that keep the course functioning. Despite their centrality to the film and the operations at the golf course, Manuel makes clear that these employees are objects peripheral to the golfers, existing for the sole purpose of bettering their 18-hole experiences. The golfers are apathetic to how their metal clubs swing inches from the faces of the tee-girls or how their golf-balls relentlessly beat against the ball-pickers who carry nets to shield their bodies from the abuse. Susan (Sunshine Teodoro), the manager, replicates this disregard towards her underlings, reminding them that they are above all a “what” and not a “who”.

As an audience, we are involved in this indifference as well. Manuel’s blocking is precise, ushering unnamed characters into scenes as groups. Each individual behaves in surreally similar ways, as they perform their duties in time to unheard rhythms, dressed in uniforms that only serve to distinguish each group from the other. The tee-girls unload identical golf bags off a line of buggies, walking by the main office window at equally-spaced intervals. Our eyes easily ignore their differences, recognising each person as a member of a group, defined by the colour of their uniform and the function that they serve.

In the golf course, labour is as pointless as it is banal – tee-girls spend their day methodically filling tray after tray with neon yellow golf balls so they can tee them up for the golfers; ball-pickers shuffle across the green as they retrieve those balls; the caddies march in tandem with nets in hand, scouring for the same golf balls that have now been lost in the golf course. All of this ceaseless, repetitive work is taken for granted (as is usually the case) by its beneficiaries. Nonetheless, the pace and forms of these overlooked labours are set to the swish and click of practiced golf swings.

It is not a coincidence that most of the workers at the golf course are women. There is a casual ease by which women can be seen as lesser, if seen at all. When we are shown Isabel replacing golf balls for golfers as a tee-girl, she is framed so that we see her body through the vee of a man’s legs as his golf club swings before her. Suggestive as it is, Manuel’s masterful framing suggests an inseparable relationship between the subjugation and sexualisation faced by women, especially in a sector built intrinsically on inequality.

Isabel is new to what Manuel describes as the “self-contained cosmos” of the golf course. As such, she explores it with both a meandering curiosity and stubborn resistance of someone intrigued by its oddities and unbothered by possible ramifications. In her space-grey uniform with its knee-high white socks, she looks set apart from the world. As she awakens from her light doze in the middle of one of the golf-course’s sandpit, she seems to be encountering her surroundings for the first time. It is because we view this golf course through Isabel’s eyes that we see its absurdities.

We wander with her, witnessing the grounds for its inane rules and systems of labour. In one notable incident, Isabel is warned after she steals a small bit of whipped cream off the top of an otherwise untouched cake. As she wanders, the rest of the employees sleep, seemingly unaware or purposefully ignorant to what Isabel sees. Isabel notes that where she is from, Ilocos, resembles the golf course. More likely, it is the other way round. Either way, the golf course is a space of contrary impulses. The artificial is made to feel natural, and the land claimed is made to appear unbounded, bountiful, and free.

Golf courses and exploitation have a long history between them. In the Philippines, they are western imports built on colonised land, achieving their prestige through a politics of exclusion and oppression. In her exploration, Isabel comes across a Spanish colonial style clubhouse, another reminder of the long-standing connection between golf courses and the Philippines’ colonial past. With this in mind, it is a triumph when Isabel lounges in the empty clubhouse patio, smoking her Ilocos cigarettes and claiming a seat not intended for her. But then again, if not for her, then for whom?

Towards the end of Filipiñana, we glimpse the lives of the tee-girls outside of their work. The scene sheds the dreamy pastel palette of the film thus far, leaning instead into deep blues and reds. The richer colours lend a firmer sense of reality to the scene – while the golf course could have been a gossamer-thin fantasy, there is a grittier tangibility to the bar . When Isabel is cajoled to sing the song “Filemon”, the mysterious tune that has permeated the film, the camera slowly zooms in on her and she is given the express instructions to “bare [her] soul”. As she sings, the rest of her peers bop along to its cheery, comforting melody. The lyrics of the song though depicts the tragic futility of labour whose fruits may only be “some sugar-cane rum”. Isabel, her eyes wide with emotion, appears uniquely aware of the weight of the song.