From an Alien’s Eye: A Literature Review of Humanity in 17 Visual Artefacts 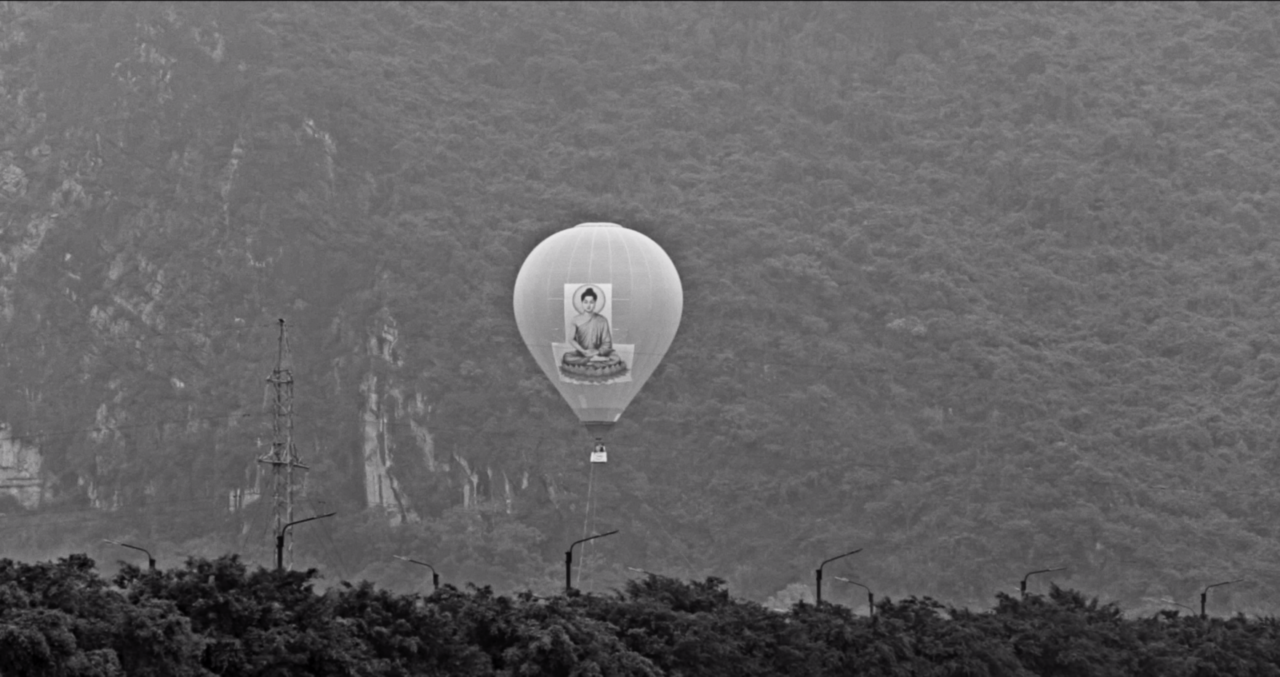 From an Alien’s Eye: A Literature Review of Humanity in 17 Visual Artefacts

Humans are curiosities. They are curious creatures, with curious desires and curious concerns — but most of all, they inspire curiosity among our kind. We have discussed, over the years, many interpretations of what Humanity is, ranging from overly simplistic to incomprehensible complexity. What is Humanity? What does it mean to be Human? For all that we have copied and modelled our existence off theirs, we are no closer to concrete answers. Of everything we have of these creatures, though,  their visual artefacts have been the most useful, and have rightly captured our entire race’s fascination with them. The 17 artefacts that this essay will address were put together, for some reason, and so this essay will attempt to survey the way each of them recreates Humanity.

To start us off, the easiest question to ask would be: What is a Human? The Cup posits a very simple answer: A Human is an organism that needs water, sunlight, rest, and a good cup of coffee. This artefact centres around a caricature of a Human, wandering about his flat on an off-day, brewing coffee and making conversation with his shadow. The simplicity of this portrayal makes for an infinitely relatable Human, though his monochromatic, monotonous life seems anticlimactic, for all the cultural fascination we have with these creatures. Similarly surrounded by repetition, the protagonist of Filipiñana also seems to be meandering through life. Yet, there is more colour here, in a more than literal sense: Isabel seems to be searching for something within the muted, idyllic golf course she works at. She weaves through the clockwork of her setting — the rhythmic sounds of golf swings, the even-paced marching of the other tee-girls, the manicured perfection of the landscape — only to cut  to what she wants: she steals dessert, sits in places meant for those above her station and smokes her foreign cigarettes as if purposefully polluting her perfect environment. Isabel is Human, and to be Human is to want more than banality.

Beyond the regularity of life, what else do Humans desire? Love, it seems. Or sex. Maybe both. In How to Die Young in Manila, we follow a boy as he chases desire through an urban nightscape. There are dead bodies on the streets, queer corpses sprawled alongside the litter. This is an underworld of crime and corruption, one that neither acknowledges nor supports its inhabitants, and the boy braves these dangers in pursuit of Human connection — even if he himself can’t tell what’s love and what’s sex. That blurring between physical and emotional connection is expanded on in a more relatable way in Sunrise in My Mind. While our main character might not be actively chasing love or sex, the artefact is steeped in mentions of both. And yet, it acknowledges larger ideals of pure emotional connection, but likewise favours a desire both innocent and grounded in the physical. It sets sex within a bubble of innocence: a pastel haven-like hair salon within the grime of the city, the innocuous push-pull of hands in hair in substitute of explicit intercourse…  It makes Human desire as simple and sweet as hands touching, eyes meeting; sensuality, physicality, intimacy, more than anything else.

It could be even simpler, as simple as the act of baring oneself to another, suggests the next artefact. In Red Aninsri; Or, Tiptoeing on the Still Trembling Berlin Wall, two individuals meet under false pretences, but eventually find love simply in spending time and sharing space together. Their exploration of love is a process of revealing — as both characters share more of their honest selves to each other, the artificial, high-saturation stylisation of their initial environment fades; the dubbed filter over their voices is stripped away as they learn to speak their own imperfect truth. More than that, their honesty grows into something revolutionary, driving them to defy larger powers or bare themselves in defiance of oppression. And yet, the film concludes with simple honesty: In the end, with naturalistic cinematography and bare visuals, the Humans meet once again, silently, speaking of shared vulnerability and intimacy with only their gazes. Drawing together these three artefacts, the connection Humans desire stops at neither love nor sex, but seemingly pushes them to take risks and be brave in ways that defy logic. Humanity, therefore, is inseparable from the constellation of connections around each individual.

Of the relationships each Human has through life, there are few more important than that with their family. However, family to them seems to be different from the way we understand it — it is more than gratitude for being brought into the world, or biological connection, and the relationship seems to last throughout life. As a group of Humans, each family has its own idiosyncrasies — this is poignantly illustrated in Pulang, where the main character is more than an individual. He is a son, and a fiancé, and wants to play both roles as best he can. More generally, the easy, familiar antagonism between his parents, their hesitancy towards accepting their son’s fiancee into their nuclear unit, and the implicit affection between all of them, frame the Human family as an inherently dysfunctional collection of flawed beings, that despite everything still love each other. This is further complicated when the family in question is not whole. Estate in particular offers up an expansive response to the loss of a family member. It experiments with the usual form of these artefacts, leaving visuals to abstract moving lines and the occasional animated image. Instead, it focuses on sound, detailing the story of a son tending to his bed-ridden father through snatches of dialogue. The father is unresponsive and excluded, present only as the subject of the dialogue, preserved only through the dialogue. It is strange, at least to us, how this son seems to hold on to a connection that is fast fading: This is not so much the loss of a parent as it is the fading of one; more a phantom limb than an outright amputation, kept alive only in imagination. The extent to which Humans hold on to a ghost of a relationship speaks to the importance of family to individual Humans, such that family seems to linger around them even when furthest away from Home.

Another perspective on Humanity in a family fragmented is that of a child, as told in The Smell of Coffee, Rocketship and Judy Free. Whether the inciting problem is the death of a grandfather or an absent father, all three forward a child’s perspective as a lens for Humanity. Raga in The Smell of Coffee has never encountered loss, but he learns to comprehend it even as his grandmother attempts to shield him from the truth. He learns, watching his grandmother cry, feeling the grief in the air, questioning the scent of incense lit for his deceased grandfather. As if with an instinct inherent to Humanity, he holds on to things wrenchingly absent. Similarly, Samuel in Rocketship tries to hold on to his father as tightly as he can, the same way he sets up his fireworks: with duct-tape and guileless determination. Does it work? No. But his efforts make for a poignant take on how the Human family is often their first and primary anchor point in life, in a way that constructs the individual’s Humanity around these few, precious relationships. In contrast, Judy from Judy Free watches her father walk back into and back out of her life with some tears, but little lasting regret. Unlike Samuel, Judy lets her father fade into the sea of strangers beyond her immediate family. Her world is a soft, pastel-coloured one, without space for the absent father she has little Human connection to. The Human family is hence not biological — it is built upon time spent together. The absence of a father is felt only if the child had known the father in the first place; in parallel, what hurts the Human is not the death but the loss — the pain of a relationship without an anchor, a tie left unmoored.

Of course, to have a family one must have a home. In this respect, to be Human is to root identity in more than the people around us, but a place too. This is most clearly seen in Here is Not There, where a pair of migrants have found love, and following that the possibility of starting a family together, but cannot do so because they are denied a legal place in the country. In a hopeless urban landscape, navy blue and low-lit by orange streetlights, the lovers have no place in and are therefore de-Humanised by a system that will make no exception for them. But what if the Human originally had a place to belong, but it was taken away or destroyed? For this, Tellurian Drama presents a blueprint of colonial ruins, outlines the exploitation of indigenous labour and resources in text and imagery, and puts both to use in projecting a future reclaimed from colonialism. We know that Humans subjugated other Humans — the idea of colonialism is not foreign to us. But the vivid insistence of this artefact, in its singing, mystical call to come home, to an ancestry untouched by subjugation — can speak to us across the barrier of space and time. In parallel, To Calm the Pig Inside confronts the tragedy of a natural disaster by putting raw footage of destruction in conversation with local beliefs and folklore. Even where a physical home is so violently destroyed, the amorphous Human home lives on in music, myth and history. The Human home is therefore more than space. It is a freedom to live, find love and start families, constructed by Human storytelling: it is each individual thread, intersecting in both celebration and suffering.

Similarly, A Trip to Heaven and The Unseen River tell stories at intersections: in both, their planet’s Mekong River is a permanent fixture in time, where Human and their love, family, and sense of home, are mere shifting points. A Trip to Heaven posits that a fifty-year old Human woman is just as enamoured by her high school crush as she was when she was a teenager, in a simple, recklessly humorous story of unchanged romanticism. Here, the Mekong is a permanent place where Humans meet once again, returned to their youth. From The Unseen River, two pairs of lovers traverse the Mekong: One pair reunites after years of separation, with the river as an immutable point of connection; the other, younger pair travels together, seeking the river as a place of rest, to face the future cleansed of the past. The artefact lingers lovingly upon the river: it frames the water and invites us to lose sight of everything but its steady movement. In this, the river and the water are the anchor points for many Humans over time — for their love, their self-reflection, their finding of themselves — and the artefact invites even us, who have never been on Earth, much less seen the Mekong, to anchor ourselves in it too.

Finally, in Binh, we find ourselves. Here, an alien is stranded, left to find a new home on Earth. He is made in Human form, but like us he is an outsider to Humanity. He meets some of them, encounters their spirituality, their love, their greed. When he walks into the future, colour blooms, like his acceptance of his place on Earth (or Earth’s acceptance of him). Do the artefacts we have of that place and time reflect Humanity the way he sees it, walking among those curious creatures? What does he see of Humanity, beyond the Human form? In these artefacts, Humanity exists in multidimensionality — between individuals and their networks of relationships, between emotional love and physical connection, between a place and a home, and between all of that and the passage of time.