Concrete Walls: The Asian Apartment and Its Significance

On how the four-walled apartment is a constant in Southeast Asian shorts. 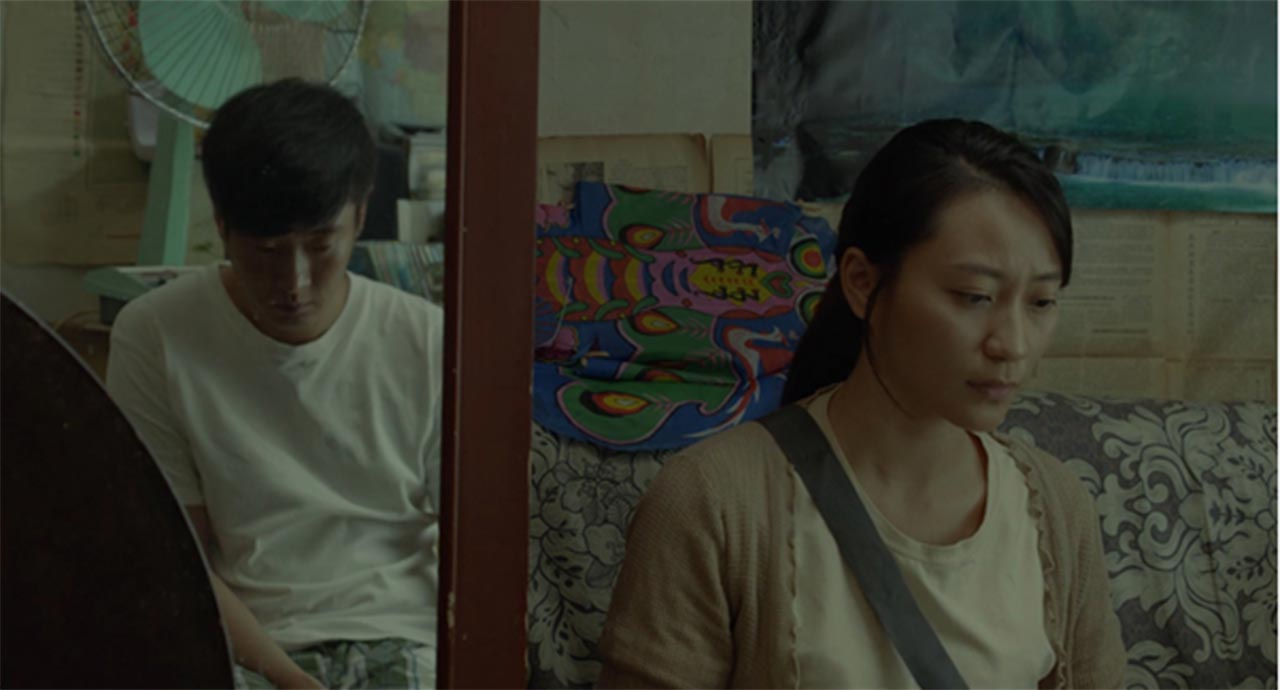 Concrete Walls: The Asian Apartment and Its Significance

I, like most other Singaporeans, live in a HDB flat, and I’ll probably die in one.

These high-rise public apartment buildings – named after the statutory board which leases them – are emblematic of Singapore and is development. I was present when my baby cousin was born in one of the corner bedrooms in their flat, and, conversely, when my grandfather and third auntie each died in the rooms adjacent.

Singapore is not alone in this regard; the burgeoning population of many East and Southeast Asian countries in the latter half of the 20th century birthed an exigent need to house these growing peoples, and the high-density apartment building was conceived as the most practical solution. As the home of millions, the significance of the apartment building has thus seeped into the collective Asian consciousness and is a common setting, motif and character in the contemporary Asian motion picture. Hence, it is with my own intimate history of apartment living that I’d like to discuss the significance of apartment life in the films of the 2018 Southeast Asian Short Film Competition.

An immediate thought with regards to apartment living would be the clutter, confusion and claustrophobia associated with shoving as many people (often poor) into a building as tightly as possible, birthing settings devoid of privacy and space. Consider the apartments in Raymond Ribay Gutierrez’s Judgment (2018): a victim of domestic violence, Jona Fae Rosario, returns to her apartment after lodging a police report on the father of her child (they are unmarried), only to find two armed hooligans ransacking it who threaten her at gunpoint, asking her to find her partner’s “junk”. The lack of space in the apartment – which forces the camera to get uncomfortably personal with the subjects – along with the rapid editing of the film in general, impresses a sense of confinement in the audience, helping us to understand Jona’s feelings of imprisonment as she is dragged along the case without any input of her own.

Hence, while dense apartments like these mould closer and warmer communities, the fact that a place as sacrosanct as one’s home is so easily invaded by those with ill-will shows how privacy and personal space in these dwellings are often non-existent – a trade-off for having a roof over one’s head in the first place.

Conversely, we see apartments elsewhere in other films providing too much personal space for the resident. In Alvin Lee’s elegant short, A Time For Us (2018) the subject of the film is Li, a mute who lives by his lonesome in a multi-room apartment in Beijing fit for a family. Within the apartment, the walls are dented and the paint is chipping off; the rooms are plastered with pictures of a happy family, but there is no one to be seen but Li.

Indeed, the un-nuclear family is a common occurrence amongst this year’s Southeast Asian short films. Whilst the intent of apartments is to house families, often we see divided families or, worse, just a single person as their permanent residents. In Judgment, Jona’s domestic plight parallels the oppressively tight spaces of her apartment, whilst in A Time For Us, Li’s loneliness corresponds with his apartment’s empty rooms, spaces which I like to think he filled up with plants and other junk to fill them.

As a side note, my mother and I live in a flat together, separate from our grandparents, and now, while I’m off for college, I often worry about how lonely she feels. My father died when I was six, leaving her the sole occupant of my three-room apartment on most days. Li, withdrawn and socially awkward, presumably feels the same way, but feels no need to (or lacks the skills necessary) to fill up the rooms with another human being.

When Bai, a pregnant woman seeking a sham marriage with Li to get a city residency permit shares the house, Li is initially hesitant to communicate or even meet eyes with Bai, compounding the feeling of separation within the apartment. This separation is reflected (no pun intended) by how Li and Bai, though existing in the same space, occupy different frames which they are constrained and separated by:

In fact, in most of the shots within the apartment, the scenes are presented as “frames within frames”, with the corridors and hallways of the apartment serving as borders which entrap the characters and batten down their sense of loneliness, despite Bai’s attempts to cross them. The film clearly draws inspiration from Wong Kar Wai’s classic romantic tragedy, In the Mood for Love (2000) which uses similar cinematographic techniques:

In both films, vertical and horizontal lines and right angles serve to confine the characters in their prison of emotions, though Wong arguably achieves a better effect by wholly committing to the idea of having almost every scene be within a frame, and by having more time to build up the relationship between the lead characters.

Similarly, Judgment employs a similar shot, but the courtroom setting implies not loneliness but the robbing of Josa’s autonomy by the legal proceedings.

In High Way, Chia’s cinematography gives a bracing representation of the flats so ubiquitous in Malaysia and Singapore, with scenes that are, at times, reminiscent of Wes Craven’s The Grand Budapest Hotel (2014).

Unlike Craven’s film, however, High Way’s universally static shots of apartment units – which prominently feature the regular patterns of straight lines and perpendicularity within them –  serve to emphasise the physical and emotional distance between neighbours of an apartment building despite their close proximity.

The film does not contain shots of any apartment interior, and focuses solely on the very public corridors and hallways linking the network of units like roads between houses. It is also significant, therefore, that to travel from his mother’s house to his father’s voice and back again (once again, the family lives separately), the unnamed protagonist uses a motorbike which he claims to be “the only one (he) loves”. Travelling through the corridors, to him, is but a journey from Point A to Point B, and everything in between – the homes and people – could more or less not exist.

Upon encountering his neighbours, not a single word is uttered, and often he has to stop to let them pass before riding on. Of significance, however, is that a lot of neighbours are Chinese, and the absence of contact between them serves as a subtle commentary on the effects of apartment living on interracial communication – the concrete walls between each household proving to be not just physical barriers but unspoken boundaries delineating “your side” and “my side”, virtually eliminating any need to talk.

Over the course of the film, the man loses his favourite t-shirt, and finds it hung on a laundry rack outside another unit. The man knocks on the door and steadies himself as if entering a job interview before the film cuts, a poignant scene revealing the awkwardness of (inevitable) neighbourly contact despite them living, in geographical terms, a minute distance from one another. In fact, after watching the film, I can’t help but wonder if Chia wants us to long for the kampong days of yesteryear, where only thin wooden walls separated each house, compounding the sense of community unlike the impenetrable apartment walls.

While both High Way and Judgment end on uncertainty (and, for the latter, tragedy) and shows the characters capitulating to the vast pains of apartment living, A Time For Us sees its characters bridging the barriers separating them – both emotional and within the frame – and embracing each other’s presence, however transient. By the end of the film, Li and Bai occupy the same frame, elegantly reflecting their newfound mutual appreciation even if communication still remains a problem.

Bai eventually leaves Li’s apartment, having accomplished her goal of conducting a sham marriage. Li, despite having to face the dread of living alone once more, seems happier – no longer is he compressed by the hollowness of his home (at the start, he hunches his shoulders together as if trying to occupy as little space as possible), but he re-conquers the space whose emptiness once proved oppressive to him by singing a tune while cleaning, showing that his muteness was, presumably, just an excuse to not engage in social acts.

In all of these films, the apartment unit serves not just as a sterile setting, but often as a character, addressing important thematic and diegetic concerns. Curiously, the apartment is not depicted as a place of warmth and togetherness, but a setting in which the emotional crevasses between occupants, families and neighbours are lengthened. The apartment unit thus reflects and contributes to the personal and domestic quandaries of our characters – dilemmas which needs to be overcome. In High Way and Judgment, apartments embody larger communal maladies – division and lack of privacy respectively – and the characters in them find themselves helpless in the face of these societal ills. In A Time For Us, the apartment instead represents Li’s personal problems with loneliness, and the very presence of another human being empowers him to deal with these demons.

Either way, the apartment, as a motion picture setting, has now become an emblem of contemporary Asian living and its concomitant woes, though its meaning differs from country to country, film to film. It does bring me great joy to see the place I live in represented in film, and as more Asian filmmakers, both neophyte and veteran, compete on the global stage, I eagerly await more films taking place in this setting very close to heart.