Ethan Kan talks about the significance of the frame in Hesome Chemamah’s I’m Not Your F***ing Stereotype. 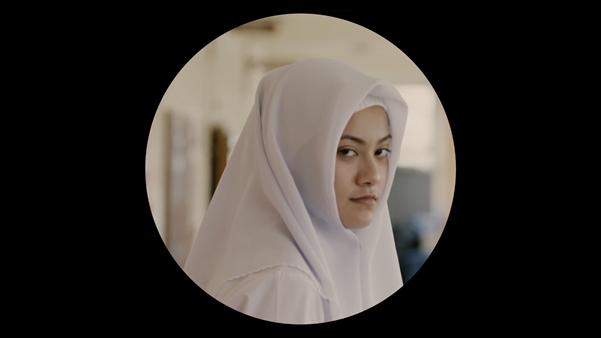 “It’s necessary to maintain a state of disobedience against… everything,” says Alice Notley in her seminal essay The Poetics of Disobedience. Her point is that a poet must resist dominant social forces to gain a further understanding of themselves and their oeuvre.

These words ring true for us in two ways; in our contentious sociopolitical climate today, and the truths that film can bring to us. I’m Not Your F***ing Stereotype, competing in the Southeast Asian Short Film Competition, possesses this spirit of disobedience. It’s about forming a separate unique identity that seems otherwise incongruent with the rest of society, and if doing so is worth it.

Director Hesome Chemamah’s film raises questions about assimilation – what about the loss of religious identity in a hostile environment? Maryam Muslimeen, a Muslim girl from the south of Thailand born on September 11th 2001, has to move to Bangkok after a terrorist attack near her hometown, Narathiwat. But Maryam endures pressure from her classmates in her new school and her pious mother, and begins to resent her religious identity. In the very first minute, we see her attempting to change everything on her ID card – photo, name, birthday, and religion.

In twenty-nine impressive minutes, stylistic decisions enrich the film’s narrative. One example is the use of the circular frame. This is reminiscent of a telescope, adding a layer of voyeurism to Maryam’s experience as we, the audience, watch her – like God, as she says in one scene, who is ‘watching’ her ‘every move’. The frame is also constricting and tight, with room for only one person to be afforded an intimate closeup. This mirrors how Maryam is forced into solitude, with no one fully understanding her point-of-view, even in spite of attempts from her new friend Ham (who, ironically, is vegetarian) to connect with her.

The effect of the frame is especially pronounced in a scene in which Maryam introduces herself to her new class. The scene begins with a normal widescreen ratio, but as her classmates begin to taunt her with provoking statements like ‘Why do you say “allahu akbar” when you blow yourselves up?’, a circular frame encroaches slowly upon her until there is nothing but an uncomfortable closeup of her discomfort. This confirms the notion that she seems to be facing her struggles alone, and that her religion seems to ostracise and restrict her.

Social media also acts as a backbone to the world that Maryam lives in. Her background is presented through the lens of Instagram stories from her account, which plays a montage of various images from her childhood, September 11th, and the current political climate. We’re already immersed in Maryam’s world, where people weaponise social media to further their own causes or spread hate.

The backhanded comments of various characters such as Maryam’s bully Ingfar are also manifested in what looks like Facebook posts which are interspersed throughout the film. This combination of elements creates an online world just as significant as the real one. But what seems most interesting is that Maryam’s own posts and comments don’t seem to be made after the fact – they seem to be her own inner thoughts, expressing her anger at the microaggressions she faces, best seen when her teammates from her Buddhist education class make her research on Buddhism when it’s actually uncomfortable for her.

What does this tell us? Perhaps social media is as much a character in this film as any other; it alienates Maryam from her peers and drives her to resent her identity. The idea that Maryam’s inner thoughts are reflected in social media posts is suggestive also of voyeurism; her life and feelings are being watched by someone, somewhere on the Internet. This applies constant pressure until she breaks and wishes to sacrifice her identity, just to integrate.

Perhaps the most significant scene is the climax of the film where Ingfar throws raw pork at Maryam on her birthday. The moment is juxtaposed with 9/11 footage – Ingfar throws a paper plane at Maryam’s head, this is mirrored by the plane crashing into the World Trade Centre, and when Maryam finally retaliates, an explosion lashes out in the building. This deliberate juxtaposition of Maryam fighting the bully and 9/11 footage creates a new meaning – Maryam is the victim here, and Ingfar’s acts of Islamophobia are suggested to be no better than the acts of terrorism. This film never lets us forget the sensationalistic world the characters live in either, with an accompanying smartphone video playing to the left (presumably posted on social media) and Facebook posts on the right. The swelling Lacrimosa by Mozart playing only further dramatises the moment.

It’s unfortunate that only when she removes her hijab does the circular frame retreat. It’s this tension between estrangement and belonging that tires Maryam out – the pressure to be the perfect Muslim while struggling against constant accusations of terrorism forces her to shed layers of her identity to assimilate. To be disobedient against the prejudiced dominant social forces is extremely difficult, and we feel for Maryam, who feels she has to change herself to fit in. It’s even more unfortunate that even when she does this, she cannot find the freedom she’s looking for. When her attempt to change her ID fails, her isolation continues; the circular frame begins to encroach on her once more as she sits on the bus alone in the closing shot.

And if you think this film is merely fictitious…it’s not. There have been recent attacks by Muslim separatist insurgents in Narathiwat. The police in Thailand have been requesting information from minority Muslim students in universities. And associations to depression and isolation have been linked to cyberbullying on social media. It’s a painful depiction of Islamophobia in Thailand. But art like this is necessary in our culture, especially today. It shines a spotlight on the problems of those who straddle the line between alienation and assimilation, of those who are discriminated against. Though the film is clearly a product of its time, Chemamah has created a timeless piece of art that speaks its own truth. 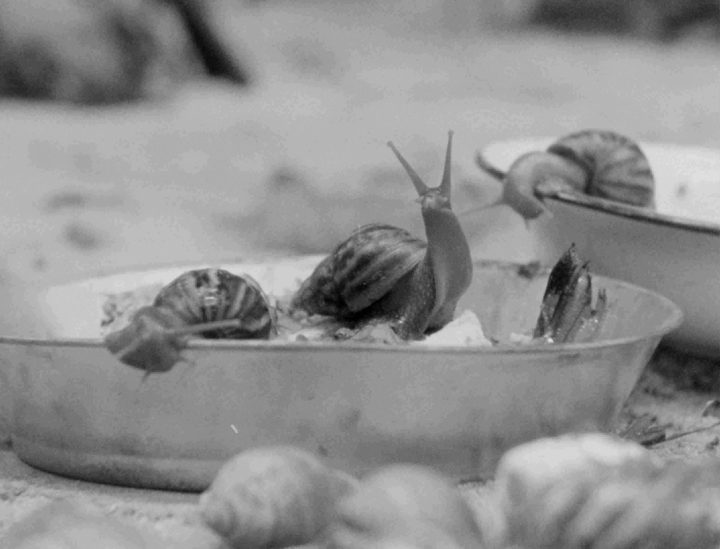 The Imminent Immanent: A Chat with Carlo Francisco Manatad