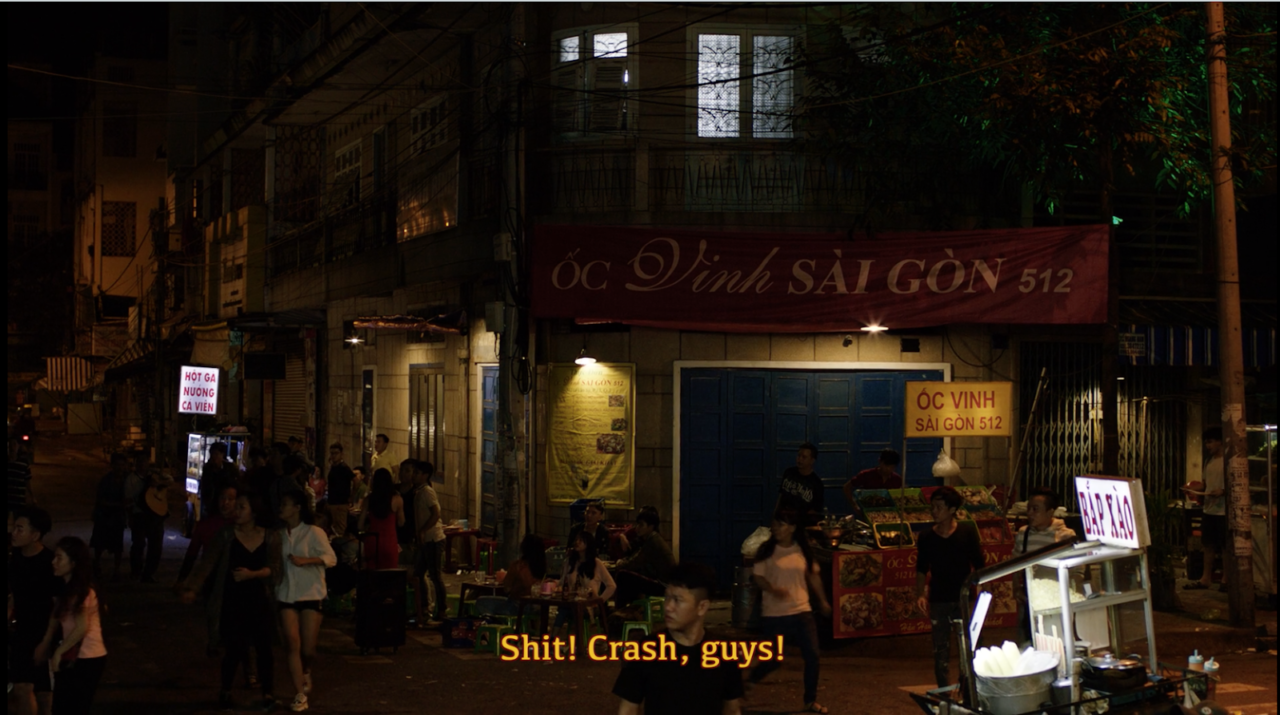 The line “stay awake, be ready” warrants a single question – “what for?”. This is the question all fourteen minutes of the film’s single take addresses. To summarise its plot would be to tell you that nothing and everything happens. Three friends converse whilst eating on the roadside, a motorcycle crash creates an orphan, a boy breathes fire, money gets stolen, a foot is cut open, a beer spills, it rains. The world turns indifferently on its axis.

This is what Pham Thien An’s latest, celebrated, short film achieves; an interrogation of various dichotomies.

The film sets up an obvious first dichotomy, that of stillness and dynamism, through its cinematography, which is the camera’s (or the viewer’s) sense of relative stillness throughout. The camera moves only 4 times in the film’s entirety. When it does, it is glacial and deliberate. The stadial narrowing of the frame focuses us on what exactly, within the mise en scene’s chaos, demands our attention. In this sense, the film happens in real time, as if functioning as a portal for audiences to peer into, observe, and make of it what they may. Because of this insistence on realism, on the appearance of reality, the viewer’s experience is both one of stillness and incredible dynamism. The bounds of the frame, those which decide the portal’s content-, are most often entirely still, like any actual frame or the edges of a mirror. In this sense, the camera’s stillness evokes the encounters we have with paintings inert on museum walls. And yet, through the frame’s static bounds, the viewer is privy to life in all its dynamism: injury, death, food, fire. In this way, Stay Awake, Be Ready creates an uncanny sense that both nothing and everything happens all around.

A second chasm is between that of reason and mysticism. This is teased at through the film’s dialogue, which follows a casual conversation between three young men. It begins with one describing an old woman speaking to reporters sounding “very philosophical, everything she said was about humans and spirits.” The others express incredulity – “It’s rubbish…load of nonsense. I fuckin’ don’t believe a word of it.” The first replies, “I believe. And I reckon, human faith swells up real quick when they’re sick or on their last breath.” This back-and-forth adeptly paints a world ruled by rationality, where the mystical and the incomprehensible are cast to one side, only to be addressed when preparing for a departure from life. The film circles back on itself when a few moments later, a fatal motorcycle crash happens offscreen. The characters describe the blood and gore (“He’s spilled his brains out on the road!”) and one of them, perhaps the wiser of the three, says, “so stay awake be ready, for you know neither the day nor the hour wherein the Son of man comes”. Therein, it seems the randomness of life in this world-that which just relentlessly happens- warrants a turn towards mysticism. Pham tells us rationality cannot save us when we need it most; when our brains tumble out of our skulls onto grimy, slick road.

Pham calls for audiences to contemplate a third juxtaposition: that of largeness and littleness; humankind and other. The wise man’s dialogue crystallises this, “Humans are always proud of being the most intelligent creature. They always believe what their eyes see, what their ears hear, their stupid logic. They eat big, talk big. All they’re doing is showing how superficial they are in mind and soul.” Shortly after: a bloodied human foot and barbequed chicken feet. This is what confronts us at the film’s end. His friend has cut himself open whilst chasing the fire-breathing boy in a bid to retrieve his stolen money. He returns defeated, propping his leg up on the table where it sputters bright red. The camera moves slowly towards the human foot, now conveniently neighbouring severed poultry extremities. The visual parallel shouts at readers, “The human is fallible! Not so different from the chicken!” and Pham’s statements about the film are undeniably exact, “[people] often think of themselves as the center of the universe and actually forget how small people really are in the big world.”

In its totality, Stay Awake, Be Ready tells us everything and nothing. Everything because all of its precepts are true. Nothing, because we have always known them to be so. This is what renders Stay Awake, Be Ready an adept distillation of human experience; a reminder of its messy subjectivity and mysteries. It seems then that the answer to “what for?” can only be to ask another question; one that prompts us to look a little closer at life’s  dichotomies: stillness and dynamism, reason and mysticism, humankind and other. In short, everything that happens and all that does not. 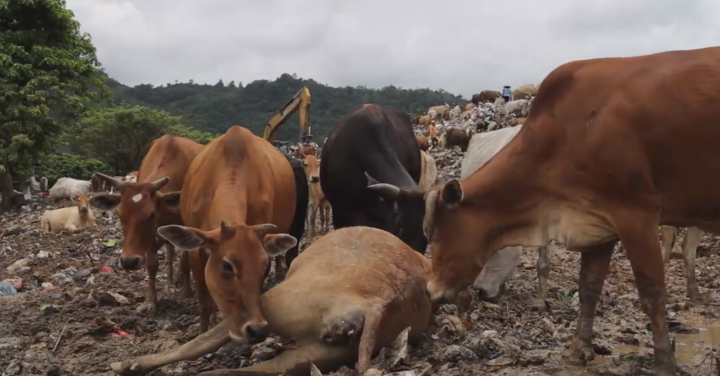 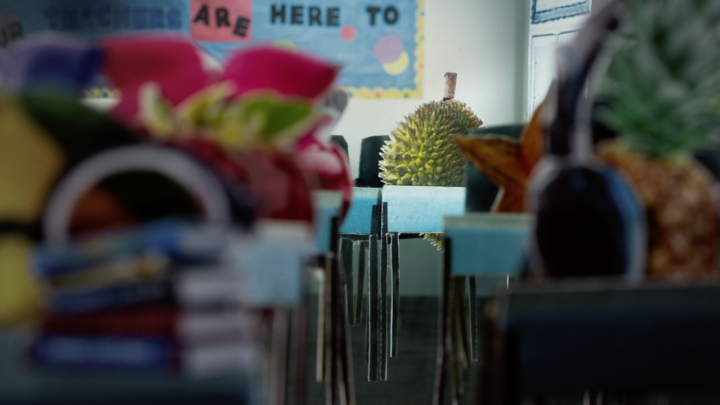