V Dhanraj discusses the relationship between quality and an immersive experience.

Film is an experiential medium, and we cannot help but judge the quality of a film as we watch it. Some films are exceptionally powerful and stay with us, while others entertain us for two hours or so and we can simply go about the rest of our day. However, should films be considered great because they stay with us? Should greatness be defined by the ability to achieve a singular vision, however off-putting or incendiary?

The viewing experience of Vietnamese film Gallery is so very immersive that when it ended, I heaved a huge sigh of relief. Directed by first-time Vietnamese filmmaker Vo Anh Vu, Gallery is a short film about a dilapidated shared washroom. One-location films, like this one, successfully convey the terror of confined spaces. By enclosing us in that space, much like the subjects of the film, we know we cannot simply look away from the vileness that follows. And in the depiction of squalid living conditions and a lack of concern for hygiene, it becomes clear that the characters of the film take a backseat to the what I consider to be its true protagonist, the washroom itself. Over the course of the film, over ten people use the same bathroom, whose floor we soon realise, doubles as a kitchen sink. Plates of old, half-eaten rice are cast aside as they shower; water stagnates on the floor in constant hues of colour; at one point a live duck is hurled in, which the characters kill, skin, boil and later empty the water out in, you guessed it, the same bathroom. As the days progress, it becomes clear that characters are competing to one-up each other.

Amidst urbanisation, the lives and fates of various individuals converge inside a dingy washroom where dirty dishes, food waste and personal items lay scattered.

The film provides a look at the disparity between poverty and affluence. This is achieved, not by depicting the millions in poverty, but by depicting a world carved from a single washroom. The film evidences the inequality between third-world and first, city and slum; as well as the indifference of those who live and understand that to be the norm. Vo Ahn Vu’s assured perspective seems to reflect that indifference as his reality. The serene expression of a cleaner who comes by at the end of the film mirrors the unmistakable pointlessness of a resetting clock. Everything that has happened will happen again.

The disgust that this film made me experience has a permanence to it. If the Vo Anh Vu’s intention was to evoke a strong, deep-seated emotional reaction towards the characters’ experiences and corresponding nonchalance, he was successful. It is refreshing to see that one-location films do not need a powerhouse actor’s monologues or dramatic heft to evoke visceral emotion. This experience raises the crucial question of whether a film’s immersiveness, its ability to draw you in and never let go, is a distinction between a good and a bad film. Film is largely regarded as a form of documentation of vital memories, and this film’s realism – its unflinching depiction of urbanisation and resulting squalor – deserves to be valued. 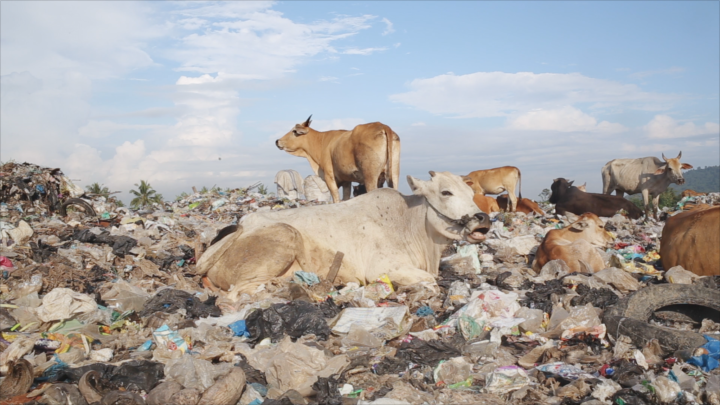 What kind of pleasure do you seek when you watch films?
Featured, Festival Blog

Programme 3: Strictly for those with an identity crisis, so basically everyone
Featured, Festival Blog