SPOTLIGHT! On the Creator of Pifuskin, Tan Wei Keong

Peel under the skin of the film, Pifuskin with Singaporean animator, Tan Wei Keong to unfurl visions behind its diaphanous play of light, colour, and movement. 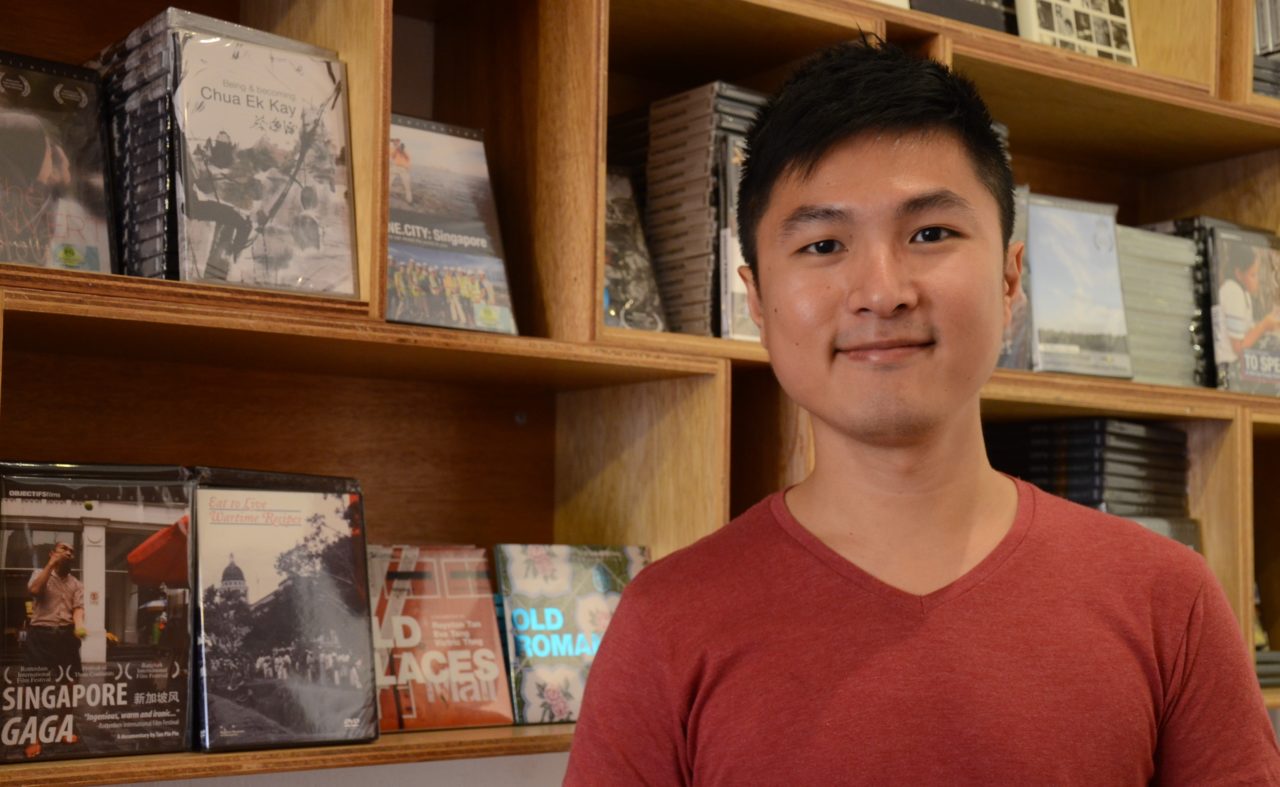 SPOTLIGHT! On the Creator of Pifuskin, Tan Wei Keong

In this issue, we peel under the skin of the film, Pifuskin with Singaporean animator, Tan Wei Keong to unfurl the visions behind its diaphanous play of light, colour, and movement.

Previously, Wei Keong’s animated shorts, White and Hush Baby received the Special Achievement and Special Mention awards at the Singapore International Film Festival in 2007 and 2009 respectively. For the M1 Singapore Fringe Festival 2014, he launched Foundin, an interactive, public art installation of tiny figurines placed in public spaces to be found by passersby.

This time around, Pifuskin is the only animation film to compete at the SGIFF Silver Screen Awards under the Southeast Asian Short Film category, making it a singular visual piece not to be missed on 10 December at the National Museum of Singapore!

Q01: What inspired you to make Pifuskin?

I experienced dry skin on my thighs and legs after moving to Tokyo in 2012. This recurring itch was irritating and unsettling and it made me wonder if it was more than a superficial problem – Migration to an alien land; moving in with the person who would become my husband and starting from zero. I followed my stream of thoughts and created Pifuskin.

Q02: The ways in which viewers can interpret Pifuskin is manifold. Was it part of your intention to make a statement about society’s limiting impact on our perspectives and choices?

Pifuskin is a non-didactic film about the transient and temperamental nature of the human body. There is more observation than statement or intention in the film.
I came to realise there is an unsettling yet familiar atmosphere overarching the visuals. I have been grasping the intangible and the images of a man who scratches the skin he lives in. Like Life, there is an uncontrollable pace with unpredictable turns. The water is boiling and it seems like I have to do something, but what?

Q03: Your character was unnamed throughout this film. If you had to give him a name though, what would you call him and why?
It is not of importance that the character has a name. The human body and the sense of itch are both universal elements, which everyone can relate to. That is also the reason why Pifuskin does not have any dialogue.

Q04: There seems to be some similarities between the character and Zihan in his performance of Cane. Would you care to share what the creative process between the both of you was like?

Zihan is a close friend and he worked on White and Pifuskin as an editor. Pifuskin uses a number of shots from Loo Zihan’s 2011 film work titled Chancre, which are selectively printed, and further coloured and sketched on. They are all intimate close-ups of the human skin. The creative process with him is straightforward – Shots of Pifuskin were created and sent to him for editing after a short conversation on some ideas on how to edit and why I wish to make this film. As friends, we bounce ideas and projects off one another regularly, and share certain ideals and opinions.

Q05: How was the experience of working with notable sound artist, Darren Ng?

I am pleased and thankful to have Darren be part of Pifuskin. He is an extremely sensitive and strong artist when it comes to his expressions in sound and music. It was a mind-liberating experience because he empathises with the visuals of Pifuskin, and is able to create a realistic space within that world, which suggests a very personal and voyeuristic nature, a norm, a mundanity; juxtaposed by the surrealistic episodes in between.

Q06: Tell us more about the sound Darren designed for Pifuskin.

There is something raw and crass about the visuals that inspired him to go with the raw and in-your-face sounds that are both familiar and alienating, making people uncomfortable and yet strangely curious. Binaural recording is used to create the realism of movement and space, as well as some contact microphone recording to get the very intimate scratching sounds. The high frequencies of the nervous system and the subtle sub frequency tones and drones create a very claustrophobic environment.

Q07: Is it a zoetrope, an early predecessor of cinema, that we find in Pifuskin?

It is curious that you mentioned a zoetrope. There isn’t one. The sequence, which you might be referring to, is a particular scene that contains rapid frontal shots of an unnamed man, who has a humming bird tattooed to his right hip. It is an image begging to come alive, so I made it flutter across the only sequence with music – the dream sequence that leaves much room for the viewer’s imagination, before returning to the reality.

Thai Spring Rolls – a skin-like wrapper enclosing mostly raw ingredients, not unlike ourselves.

Q09: From White to Pifuskin, share with us the philosophy or personal vision you adhere to that continues to drive your work as an artist?

I like to work on issues that are not commonly represented and ideas that require a fair amount of sensitivity and subtleness to be addressed fairly. I want to be as honest as possible in all my works.

I am currently working on Singapore Snaps, a relational art project to create animations using old printed photographs contributed by the public. I am also writing a new story for an animation short film.

Q11: How do you see the future of animation in Singapore? Any words of wisdom to young aspiring animators.

It will be bright! Acknowledge your aspiration, whatever it is, and translate your ideas into tangible forms.