The Longest Way Round is the Shortest Way Home: The Blurred Lines of Identity 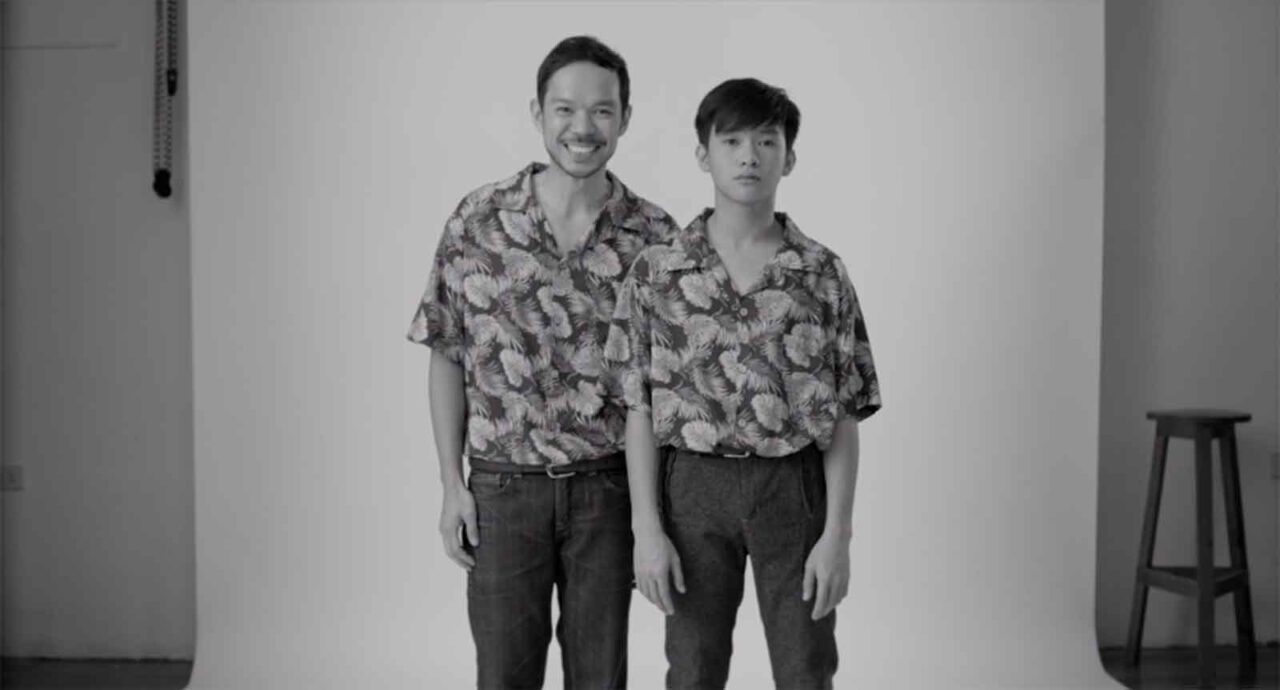 The Longest Way Round is the Shortest Way Home: The Blurred Lines of Identity

Explored through an analysis of Manila is Full of Men Named Boy (2018).

Disclaimer: This article contains major spoilers.
Andrew Stephen Lee returns to the Singapore International Film Festival for a second year in a row with his thesis film, Manila is Full of Men Named Boy. In his previous work, The Sound of Coin Hitting Brass, Lee expresses a Filipino immigrant’s struggles to find livelihood in “the land of the free and the home of the brave”. In Lee’s new work, he takes his exploration of identity and belonging further, as the protagonist, Boy is in pursuit of his place in the family upon returning from the States to celebrate his estranged father’s birthday.
The film begins with the world uniting over mourning the passing of the King of Pop. The radio blares about terrorism in the South, only to be jarringly interrupted by a live update of Michael Jackson’s casket as it travels to downtown Los Angeles, thousands of miles away and yet prioritised as “breaking news” above present terrors. Even in Manila, the static crackling of radio waves cuts through the cool afternoon breeze, forcibly closing the distance between the East and West.

Throughout the film, Michael Jackson’s death serves as a foil to represent how Boy is perceived as an outsider, of the Western world and personally affected by this blow, simplifying his identity as fully . He lived in the States? He must be Westernised, saddened by this great loss. Indeed, the condolences seem superficial and empty, easy conversation starters that fail to acknowledge the complexity of Boy’s identity. Interestingly, Lee introduces Carlos, a deeply Westernised cousin who excitedly rambles about American films like Slumdog Millionaire, seeking a kindred spirit in Boy, the cousin who supposedly lives the dream in the States. Boy’s disinterest and disconnect to American culture shows how he is unanchored to the Western identity. Lee explores the distance of immigrants from their new cultures in The Sound of Coin Hitting Brass. In Manila is Full of Men Named Boy, he expands on how immigrants may find themselves unanchored to a particular culture, as Boy finds himself unwelcomed by the culture he has lost, and uncomfortable with the one he is seen to have adopted. The protagonist struggles with finding his identity, Filipino by blood but culturally estranged, yet never fully integrating with the States despite his time there.
This quiet pursuit of national identity is closely tied to Boy’s desperate search for his familial identity and recognition. Through Boy’s almost absurd attempts to fit in, from wearing fern-leaf shirts to teaching his “son” his father’s favourite cigarettes and bands, Lee powerfully captures a universal pursuit of personal identity and sense of belonging. The protagonist’s Filipino nickname, Boy, ironically brands him as part of the family, a symbol of familial intimacy that he sorely desires and fails to find. He feigns enjoyment of partaking in group activities of drinking, though never refilling his empty cup, and mumbles along to loud offkey singalongs. He desperately seeks Rodrigo’s affirmation of his identity as close family, despite an obviously failing relationship. On the other hand, the child he purchased to feign being his son quickly assimilates with the relatives, drinking, smoking and even lending his “grandfather” a lighter and accepting a stick of his favourite “Cowboy Killers” cigarettes. When Rodrigo invites Bing Bong to join the celebration while Boy is cast aside, Boy looks over in shock, having failed to fit in despite his efforts.

Meanwhile, the film emphasizes on the ease with which Bing Bong manages to assimilate, as Boy desperately snatches the microphone, breaking down in anguish at his failure to close that metaphorical distance. In being physically closer to blood ties, we sometimes find ourselves even more alone than ever, faced with the impossibly great distance and disconnect between our expectations and reality.

Lee encapsulates this disjunct between expectations of familial comfort and the reality of being simply a “vacationer” in subtlety unfamiliar to Hollywood moviegoers through the use of sound in the film. As Boy enters a room full of boisterous laughter and native Filipino slang, conversations falter as he jarringly speaks with an American accent to relatives replying in a stilted short sentences. Boy is alienated throughout these silences and awkward moments, measured by the rise and fall of noise in his presence, representative of familiarity and comfort he sorely desires. In these stilted conversations, the audience members feel the discomfort and longing as much as Boy does. Lee’s perceptiveness and deliberation continues to shine through in the shifting audio dynamics in these scenes, from loud comfortable conversations to hushed tense caution. While a quiet film that lacks quoteable #relatable statements, Lee captures this universal fear of estrangement and isolation with great poignancy.

At the core of it, Manila is Full of Men Named Boy questions our reliance on external validation to construct our self-worth. It explores a very real possibility of feeling unworthy of the opportunities we have been given. Boy returns from trying to pursue what we glorify as the “American dream”, an opportunity to study abroad with hopes of returning successful and being the pride of the family. Instead, he returns not a doctor but as a nurse, without a family or significant fame or wealth. Boy desperately seeks external validation from Rodrigo despite knowing they are fundamentally different, his self-loathing building up in each scene as he feels more rejected each time.

Ultimately, Lee’s success in setting up a nuanced portrayal of his character’s emotional depth is most evident in the final scene. As he limps towards a roadside shop without his refund, his “son” or any validation from his father, Boy seems rudderless, with fuzzy familial roots and few ties to his home-country or present home. As Boy admits that he is akin to a vacationer in his own hometown, and resigns to thanking the stranger for his condolences on Michael Jackson, the audience’s hearts ache deeply with an understanding of the precise causes of grief and despair that Lee so masterfully sets up. In these moments, we transcend intellectual appreciation of a film, to feel and not think. And isn’t that what the best films do?

Manila is Full of Men Named Boy is one of 5 shorts directed by 5 rising directors across Southeast Asia, to be screened in Programme 2, Southeast Asian Short Film Competition. Catch it on Fri, 7 Dec 2018, 9.30 at National Gallery Singapore.