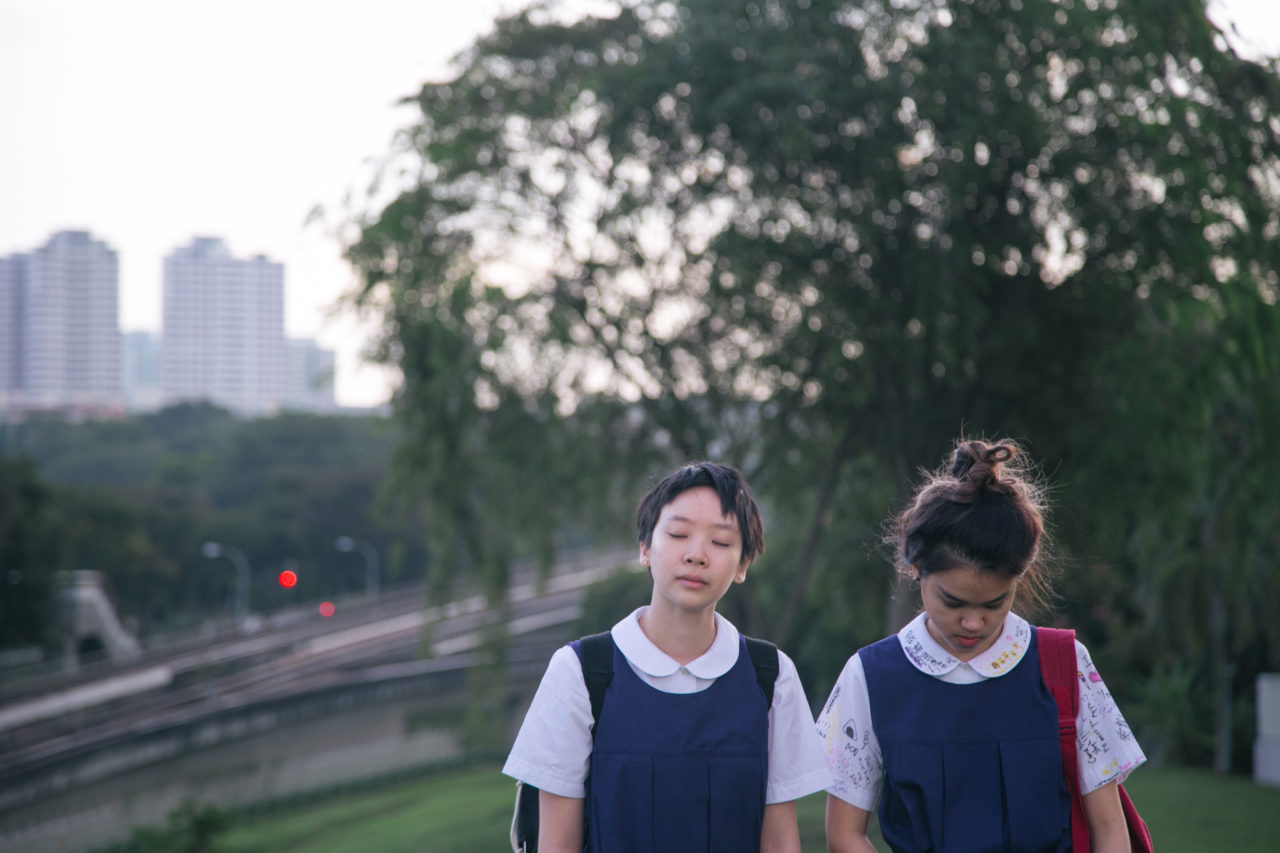 In this new series, the Festival interviews filmmakers featured in this year’s 27th edition to find out what makes them tick.

SGIFF: You received your film education in both Singapore and Australia, first in Film, Sound and Video (FSV) at Ngee Ann Polytechnic and thereafter at the Victorian College of the Arts in Melbourne. Upon your return to Singapore, your shorts quickly established your signature style, having won Best Singapore Short Film at the last edition of SGIFF, and now world-premiering your new commissioned short with us again. Looking back, what do you think of your journey thus far, and what would you attribute this to?
Gladys: Looking back, what would I attribute this to? Everything. Life experiences, education, teachers, other great filmmakers, extremely kind-hearted people who worked in realising the films and those who provide the platform for it to be made and seen, film events where I’ve met like-minded individuals and my embarrassingly supportive family. I’ve been very fortunate.
When YING & SUMMER screened at Short Cuts, I was introduced to filmgoers and filmmakers, that experience widened my awareness on what films can do as a medium. MY FATHER AFTER DINNER was crowd-funded so during the making of it, quite a number people came forward offering to help, either by offering monetary support or working on set or both. I couldn’t be more relieved to premiere the film at SGIFF last year so everyone who worked on it could see it. And the same crew came back together for THE PURSUIT OF A HAPPY HUMAN LIFE. I’m very lucky to be on the receiving end of their talent and handwork.

It’s wonderful that Objectifs and SGIFF are doing heaps to nurture emerging voices. I’m very happy and of course thankful to be able to be part of SGIFF again, and for the chance to make another short this year, let alone to present it at the festival. It also helped that THE PURSUIT OF A HAPPY HUMAN LIFE was given the respect and space it needed to evolve into the film it is today. I can indulge in my filmmaking ways because there are miracle makers who are working quietly behind-the-scenes, helping me out.
SGIFF: Your Festival-commissioned short film has an intriguing title – one that is ostensibly more abstract, yet in some ways more telling – than the titles for your past short films Ying and Summer (names of the two central characters); and My Father After Dinner (centered around a father figure.) Why the different approach for The Pursuit of a Happy Human Life, and also the difference between the Mandarin title (淡淡的蛋蛋 – wordplay with the literal meaning of ‘a bland or plain egg’) and the English one?
Gladys: When it comes to titles I always go with what feels right. Both YING & SUMMER and MY FATHER AFTER DINNER, have a rhythmic quality to them that sticks.
I was developing the story for THE PURSUIT OF A HAPPY HUMAN LIFE during the film residency in Thailand, and back then it had an entirely different premise but shared the theme of letting go. I was journeying on a train, heading out of Bangkok, mindlessly staring at out the window when the title came to me. I trusted my gut feeling and that was it. It’s a somewhat ironic yet literal title for the film.
(Liao) Jiekai (ed: artistic collaborator) helped me with the Chinese title and I’m not sure if he meant it as a joke when he suggested 淡淡的蛋蛋 (ed: pronounced ‘dan dan de dan dan’) but I love it! It’s has a staccato-like quality. It’s very cute. It’s suitable because 蛋蛋 (egg) is Yokes and 淡淡 means plain. Yokes is pretty stoic in the film, so ‘dan dan de dan dan’ is quite an apt description of her. The Chinese title doesn’t take itself too seriously, it complements the TED Talks-like sounding English title.
SGIFF: The relationship between two characters is a central narrative device across your short films. What is it about this device that attracts you to consistently tell your stories this way?
Gladys: I guess most stories are a manifestation of personal experiences, and I often choose to present my works in a direct and realistic manner. Perhaps, the tendency to explore the relationship between two characters has to do with my personality and temperament. Being quite a reserved person, I prefer interacting in small numbers and these interactions naturally work themselves into stories I write.

In a short film, as well, I can’t afford to begin multiple relationships because with the medium’s confined length, it’ll be difficult explore them deeper. MY FATHER AFTER DINNER, had a subplot of Ying’s personal life but eventually, it ended up on the cutting room floor, because it was too cumbersome a storyline for the film on the whole. We had to stay on the Father because it’s his journey we’re following. Similarly, in THE PURSUIT OF A HAPPY HUMAN LIFE, the plot is entirely focused Yokes and Steph. It’s a recurring motif because that’s what I’m interested in – exploring the dynamics of two.

SGIFF: What has been the highlight, and conversely, your lowest point in your filmmaking journey so far?
Gladys: To be fair, I haven’t made many films, so my years as a self-aware filmmaker are too short for any significant highs or lows. It’s been a gradual upward slope. With every new film, I give myself a challenge, sort of an assignment, one I’d like to accomplish as a means of improving my craft as a director. In THE PURSUIT OF A HAPPY HUMAN LIFE, for the first time, the characters are having an argument. I’ve always struggled with writing and creating external conflict with the characters on screen and so this was a little homework I’d given myself. And when I move on to the new film, I’ll give myself a new task again. It sounds pedantic but it’s actually pretty fun.
SGIFF: If you could be a guest film programmer, what would you like local audiences to see?
Gladys: I love this question! It’s really tough though, a programmer’s job isn’t easy.
I’ll put together an intimate screening, with beer of course, and play Nawapol Thamrongrattanarit’s 36 and Mary is Happy, Mary is Happy.
And if I may be greedy (this is an imagined scenario anyway, right?), there’ll also space for his exhibition of his photographic works, ‘I WRITE YOU A LOT’.
All because Nawapol is a genius. His stories are so accessible and easy to follow, yet told with so much originality! More people should be introduced to his works.
Having said that, I think I’ll make a crappy programmer, because I haven’t got a standardised measurement for quality, taste is subjective. So I should only program for birthday parties.

The Pursuit Of A Happy Human Life screens on Wednesday, 23 November 2016, 7.15pm at Marina Bay Sands with filmmaker and cast in attendance. It is the opening film for Interchange. BUY TICKETS