On rediscovering magic in cinema through Programme 1 of the Southeast Asian Short Film Competition.

At the moment, the physical landscape of Singapore seems a little gloomy. I am meant to be writing an overview for Programme 1 of the Southeast Asian short films in competition, but it’s raining perpetually and the skies are awash with lightning’s branching fingers. Lethargy and exhaustion permeate my mindscape with startling unfamiliarity. I think… once upon a time, we were children, who looked at a storm as the precedent to a rainbow. We eagerly watched the thunder clouds for a free fireworks show. When did that kind of delight at the simplest joys of life become discoloured? Where did that part of us go?

It feels like the magic in the world that we once knew isn’t the same anymore. Though sometimes, we struggle in futility to bring back what we have lost, in my opinion, that magic is not entirely gone. Unconsciously or consciously, we’re always looking for it in every corner of the world. It is almost like a lifelong pursuit.

For many, like us at the Youth Jury and Critics Programme, we discover and rediscover again a piece of that magic when the lights go down in the cinema. The audience (and even the projectionist) seem to take a deep breath as they wait expectantly for the show to start. Films seem to bring that elusive magic so effortlessly to their audiences. Told through the eyes of someone else, they teleport us in mind and body to a different universe. We make uncanny connections with people on screen. We live through their highs and lows. And, sometimes, we come out of the cinema feeling like we’ve known the characters all our lives. The magic we find in the moving image does not expire. In fact, film is a generous cornucopia that bestows new significance every single time you watch it, perhaps because the material itself does not change in any way; but you have.
Looking closer into the Southeast Asian short films in competition this year, each scene is pleasingly well-crafted and made louder with the individual creative voices of the filmmakers. From the angle of a hermit looking from afar at a complex city, for me, Programme 1 in particular shares a slice-of-life sort of opening into the daily meanderings of its characters. As we zero in into the form and architecture of each construction, we see, in each film, layers to its interpretations and a homage to its cultural inheritances.
Set in rural Indonesia, the first short film, Elinah, follows a young girl’s first pregnancy and life with her husband far from her home village. Through the candid lens of the girl, Elinah, we experience her love for her unborn baby and homesickness in a marriage with little affection.
Love has a different interpretation in Gold, through the telling of a young man writing unanswered love letters aboard an old boat while also digging for gold in a Burmese river. Shot on a phone camera, it is a raw exposition to life on a boat as the river yields little fruit to its habitants’ labour.

Image Credit: With History in a Room Filled with People with Funny Names 4, dir. Korakrit Arunanondchai, 2018

Meanwhile, With History in a Room Filled with People with Funny Names 4 considers existential dilemmas narrated in a beautiful mix of Thai and French while being anchored in visualisations of spirits, protests, dementia and drones. As the fourth installment, its fragments strike a contemplative balance of authenticity and ethereality.
At the other side of the world, we are pulled into a whimsical jaunt in New York with My Lady M, a film that trails after various Mainland Chinese millennials who share a love for cakes at Lady M café. The brief and organic interaction between the characters are capsules of their dreams and problems, a pin-point depiction on the idyllic life of the Chinese in New York.
In The Imminent Immanent, a town in the Philippines is home to the humdrum of a man crammed into a boat and a young bar singer girl. Timelines seem to blur as we jump from one scene to the next in a whirlwind of exciting mundanity.
It is suddenly the end, and the curtains draw.
Then, we leave the cinema hall with a sense of loss, but also a collective contentment at having shared this cinematic experience together. What is this sense of emptiness one feels upon leaving a cinema theatre? Perhaps that is the space in between our hearts where that magic should have been, and that it’s always remained there – a gaping chasm in our chests that we got used to and just ignored.
With the end of the programme, we depart with a piece of the short films we watched and that subtle change we experienced through their surreal magic. Maybe, we left a part of ourselves behind too, as the exchange between a filmmaker and the audience goes. And then, we begin the search anew for the colours in this raining metropolitan landscape.

Regardless, whenever and wherever we are, the moral of the story is the same: Let the Magic In.

Symbols of Youth: The Things That Define Us 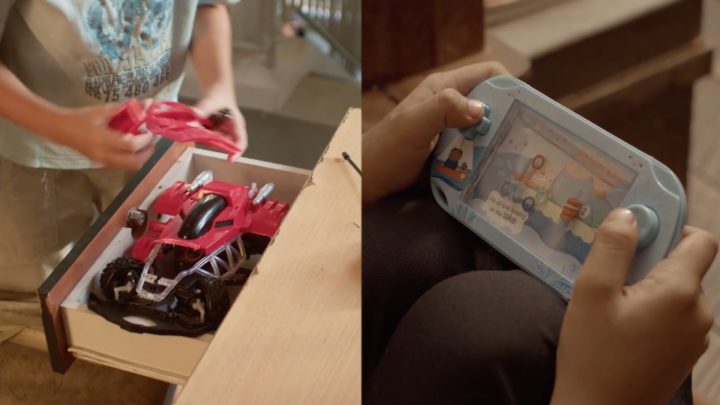 Symbols of Youth: The Things That Define Us

An Ode to Lady M