Welcome aboard SGIFF’s New Waves! For this third annual edition of the screening and dialogue series, we invited bright young minds from the festival’s Youth Jury and Critics’ programme to offer an introductory analysis on the four featured filmmakers, conduct an interview with the paired artists at each session, and generally guide you on this voyage of artistic discovery.

An assaulting chorus of animals’ cries crescendos, crashing into the serene sounds of water. If you close your eyes during the opening scene of Pathompon Mont Tesprateep’s Song X, these sounds alone would evoke an entire story and conflict. This adroitness indicates not only a conscientiousness of sound design, but also the creativity of a filmmaker whose prowess expands beyond the visual with an enduring passion for the aural.
Tesprateep hails from the Isan region of Thailand, and will be the first of four young filmmakers spotlighted at Singapore International Film Festival’s 2018 New Waves series. Now in its third year, New Waves—a screening followed by a dialogue session—takes place on the last Wednesday of every month from April to July. It foregrounds the works of up-and-comers (all SGIFF alumni) generating buzz in our region with their artistry. If you, like me, jumped on the bandwagon of John Krasinski’s A Quiet Place and fell in love with his treatment of familial themes with sounds and silence, why not see how Southeast Asian filmmakers like Tesprateep are employing the same techniques to explore ideas personal to them?

Not to reduce Tesprateep’s work to just its sonic aspects—he engages your sense of tactility, too. His recent experimental short films, Endless, Nameless (2014) and Song X (2017), employ hand-processed Super 8 and 16mm, media unconventional in today’s digital age. Yet it is the grainy, deteriorated film stock (for confused millennials: Celluloid’s the thing that inspired our ‘vintage’ Instagram filters), coupled with Tesprateep’s black-and-white aesthetics, that make the films quite so captivating.

Armed with this original approach to both sound and image, Tesprateep delves into a complex human psychology, eschewing themes with clear moral advocacy. His films are often concerned with memory, loss, power, and death, set against a backdrop of nature as well as a military environment.
Having established his artistic bona fides at such acclaimed international venues as Locarno, Rotterdam, and Berlin, Tesprateep will be joined at his New Waves session (entitled “Celluloid Dreamstate: Composing Memories Through Decay”) by Silke Schmickl, a curator at National Gallery Singapore. Schmickl is also the co-founding director of the experimental film and video curatorial platform and publishing house Lowave. She will bring her multi-disciplinary insights to a conversation with the Thai filmmaker.
Maybe the phrase ‘New Waves’ conjures for you an image of tides brimming with youthful energy. Think back, then, to the opening sounds of Tesprateep’s Song X: animal noises building to a crescendo and crashing into serene waters. This aural energy stands, perhaps, for the work of fresh new visionaries like Tesprateep as a whole, and what the New Waves programme brings to the Southeast Asian film community: the vigour and excitement of the new. 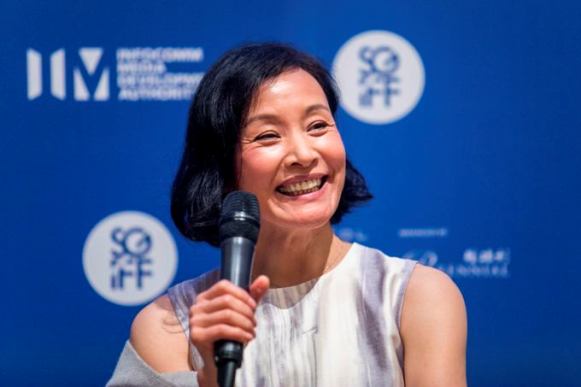 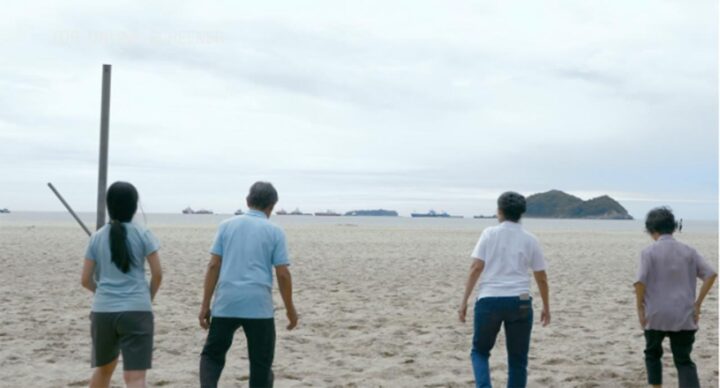 In Slumberland with Apichatpong Weerasethakul