Notes on the Afterlife 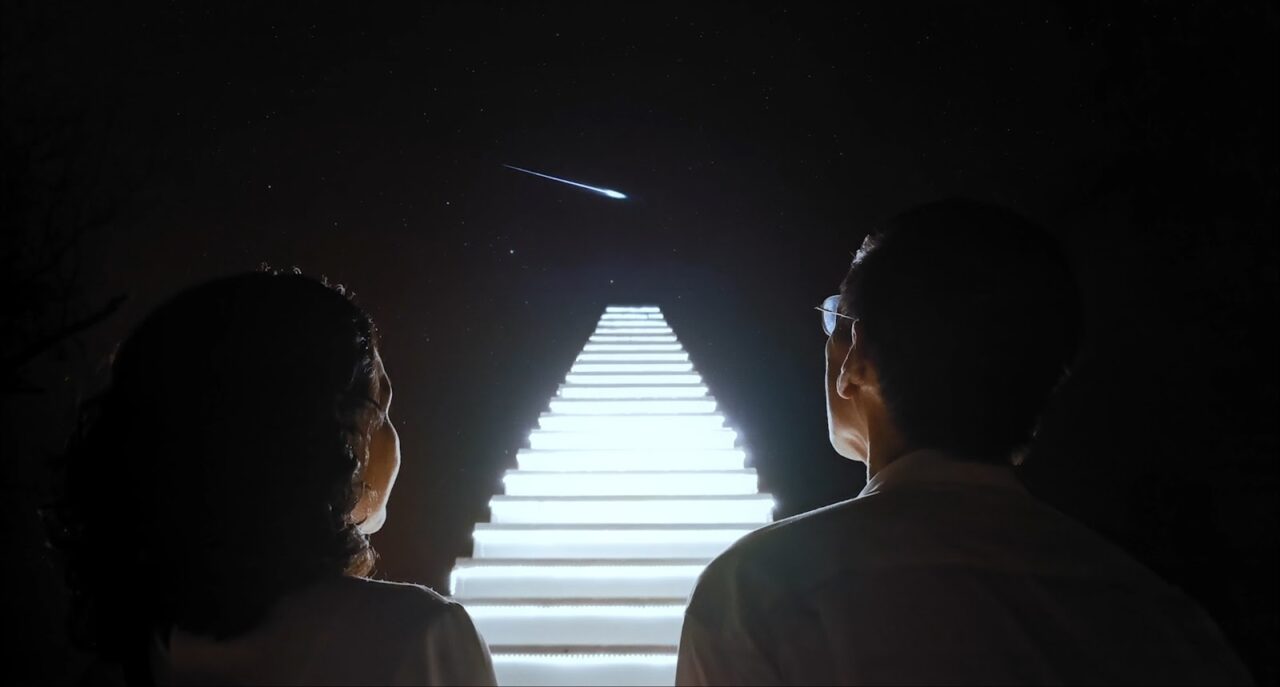 Notes on the Afterlife

At this year’s edition of the Singapore International Film Festival, I caught all of the films in the Southeast Asian Short Film Competition. My experience with these films was myriad and varied, but in the process, I found myself returning to the theme of the afterlife time and again. In a year that has been overwhelmingly difficult for many, such thoughts are perhaps unsurprising. However, the films offered varied ways of thinking about the afterlife. In this respect, four short films stood out.

The Smell of Coffee is a touching film about Raga, a young boy, and his grandmother in the aftermath of his grandfather’s passing. Directed by Nishok Nishok, the short is a moving look at the everyday of the pair as they go about their day. The film’s aesthetic is grounded and muted, with quiet looks at their lives that often employ close-up shots, filling the image with the rich detail of day-to-day life. Set against the spectre of death, The Smell of Coffee renders a sense of how the mundane can be brittle in the aftermath of personal tragedy. In death, it is the everyday that is most difficult to protect, as the people who live on shoulder the burden of a new absence. Despite his grandmother’s best efforts, Raga intuits that something is wrong, glimpsing her in fits of emotion, perhaps wondering where his beloved grandfather has gone. The child’s innocence frames a truth of life—that grief must be learnt. The film handles this delicately, dispelling the boy’s confusion with the titular smell of coffee. In Raga, who comes to understand grief, The Smell of Coffee affirms that the memory of the departed lives on in the experience of life.

In Bình, a lonely man seeks the help of a medium to summon his wife’s spirit, hoping that she will be ready to come home. This dramatic encounter anchors a short film, directed by Ostin Fam, that focuses on its characters’ search for a sense of belonging and some definition of home. The medium is later revealed to be a swindler, but the emotional resonance of the scene remains because the old man’s sentiments are sincere. We look for ghosts in search of human connection and a sense of belonging, but also because it reflects our beliefs in the ultimate destination of the soul. The powerful image of both the man and the medium in tears remains for me the most purely affecting across all of my time at the film festival, capturing the desperation of a lonely man and the insuperable separation between the living and the dead.

Thematically, these filmic meditations on the afterlife extend beyond personal grief. To Calm the Pig Inside sees director Joanna Vasquez Arong tackle the impact of Super Typhoon Yolanda in the Philippines. An assemblage of monochrome film images, news clips, and photographs, the film is harrowing at times, capturing the destruction as the typhoon swept through the Philippines in both sight and sound with documentary footage. Threading the whole film together is the quiet, composed voice of the narrator, contrasted against the violence of the storm and the indifference of official narratives. Ghost stories form a type of folkloric memory in this film, and the destruction caused by the typhoon is cast in the discourse of hauntings. Set against the context of the typhoon response of the Aquino government—slow and ineffective, other times starkly callous, casualties reduced to mere statistics—ghost stories become a form of memory protecting the individual and the small. Juxtaposed against a political structure that leaves no room for individual lives—and certainly none for the soul—the afterlife is a form of resistance in To Calm the Pig Inside.

On the other hand, director Duong Dieu Linh’s A Trip to Heaven contemplates the afterlife in the terms of narratives. In this film, fifty-year-old Madam Tam joins a heaven-themed guided bus tour to the Mekong Delta, where she encounters her high school sweetheart. She embarks on a quest for reconciliation that seems to meet with disappointment at every turn. This tale focuses on the unfulfilled wishes we all encounter in life, and how stories and fantasy structure life’s greater narrative. Here, the afterlife is a point in the horizon, a destination that gives coherence to the emotions of regret, nostalgia, joy, and fulfilment. By focusing on the afterlife, A Trip to Heaven studies how we turn our remembrances and aspirations—our lives—into stories.


We are always haunted.

In 2017, I wrote an essay reflecting on my aunt’s recent death that used Stanley Kwan’s Centre Stage as a lens through which to understand grief. For me, it was more than an experimental stab at marrying some type of film criticism with a literary essay. I wanted to understand the process by which people turned into memories, into stories. In writing the essay, I developed an understanding of the physics of cinema, turning reality into light, sound, and story. French philosopher Jacques Derrida once described cinema as the science of ghosts. To think about ghosts in cinema, however, must go beyond simply the incidence of death. Cinema offers a valuable means to examine this, a form in which issues of death and memory come to the fore. After all, cinema is built around the mechanisms of recording, narrative, and memory. The medium of film embodies the afterlife of the reality it captures, a type of flattening into image, sound, and story.

It is the afterlife that haunts us. To confront the afterlife is to come to terms with grief. Grief is hard to learn partly because it has implications for where we end up and what we do in the meantime. Yet, it is also more than the trauma of death. The afterlife exerts a pressure on our imagination. To reflect on it is to reflect on how it gives our hopes, regrets, and stories shape. It is to consider how we die, how we remember, and how we must continue to live. It is to study the soft pangs of disappointment and sorrow we inevitably encounter. It is to stage resistance and protect the delicate. It is to contemplate how we too inevitably become stories and texts, bodiless yet somehow alive despite ourselves.

To dive into the science of ghosts is to confront life’s finality and the fate of memory. In cinema, we can learn how to live with ghosts—and how we become ghosts ourselves.