Interview with Carlo Francisco Manatad, Director of Junilyn Has

We unpeel the layers of this filmmaker and his submission for the Southeast Asian Short Film Programme. 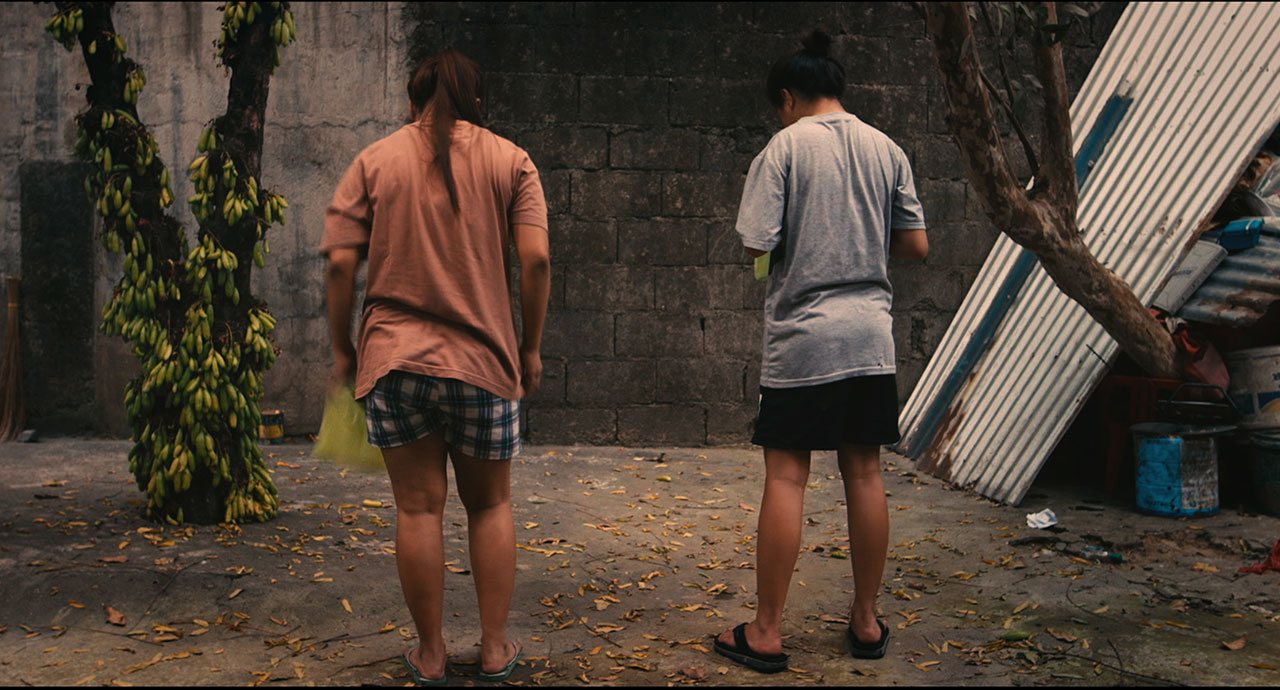 Interview with Carlo Francisco Manatad, Director of Junilyn Has

If I were to describe my experience watching Junilyn Has, an onion comes to mind. It may seem like a cliché, but the 15-minute short is a sensitive, layered portrayal of what goes on behind the scenes as nightclub dancers are put out of work when the Pope comes to town. At times, the short tickles with its absurd, almost cartoonish brutality. But other times, the layers reveal a dark core with hints of hypocrisy and entrapment. The result is a thin veneer of immediate reality, spread around a seemingly comical premise.

Funny and heartbreaking, Junilyn Has leaves a lingering aftertaste as it raises themes of courage, freedom and morality in its tightly plotted story.

And the master behind this delicate onion is Carlo Francisco Manatad, a young filmmaker from the Philippines. Manatad graduated from the University of the Philippines Film Institute, where his short film Hollow (Hungkag) was awarded Best Thesis Film. He is also an alumnus of the Asian Film Academy, the Berlinale Talent Campus, and the Docnet Campus Project.

We unpeel the layers of this filmmaker and his submission for the Southeast Asian Short Film Programme in an email interview:

When did it first occur to you to try filmmaking, and when did you realize that it was something you wanted to do long-term?

This may seem cliché, but I started filmmaking when I was a kid – I didnt know if it was filmmaking; maybe it wasn’t afterall haha – when I would shoot scenes and reenact some parts of films I like with my cousins.

Weirdly, I went on to pursue engineering during my first few years in university but ended up not liking it (I didn’t imagine myself thinking about numbers and formulas.) So I shifted [tracks] and pursued a film undegrad course – and right then and there I felt that I belonged. I would watch films everyday, talk about it and discuss with people unflinchingly. That started my never-ending journey towards loving and learning anything about film making. Today, I primarily work as an editor and do my directorial things on the side.

What inspired you to create “Junilyn Has”? Was the character Junilyn inspired by anybody in particular?

Basically, it was based on two events I encountered just this year, The Papal Visit to the Philippines and how I recalled the feeling of watching the Pussy show at Patpong.

Since the Philippines is mostly a Catholic country, it was a big event for everyone as we witnessed the mass of the Pope and his arrival (intended for the survivors of Typhoon Haiyan). It was also declared a national holiday.

And then it came upon to me – what would nightclub dancers do or prostitutes do during this time of the year? This is where morals and religion come in.

And Junilyn’s training was inspired by one of the exhibitions I saw in Patpong. The experience I was watching was very surreal. First, I was there to be entertained. But after watching these girls do stuff just to earn a mere amount of money. It dawned upon me – and it was a very heartbreaking feeling.

So, In Junilyn Has, I wanted to translate the same feeling of being entertained, but at the end of the film  “hits” you really hard.

The title means many things. It also is a play on words; one it is the literal translation  (from Filipino) that Junilyn has a period (menstruation).

It also means that Junilyn has broken out of her meandering shell. She finally comes to terms with her restraint and pushes for liberation. Empowerment in a way.

Also , Junilyn is a proper name; while Has is a verb. Not as a word or “has” being her family name. (since most people would actually ask what Has is.) But it is also kind of an inside joke since the real name of the actress who plays Junilyn is Hasmine lol.

The three main characters in the film (Junilyn, her friend, her lady boss) represent almost archetypal roles in a fictional narrative i.e. the heroine (Junilyn), the helper (her friend) and the villain (the lady boss). Was this an intentional portrayal or would you consider them to be women in the same plight?

Women in the same plight but with different sensibilities. Different attacks on their struggles.  To each his own, as it may seem. [It is only when] they are put in this very certain situation, are they forced them to act against [different struggles].

On another note, the archetypal role present in the narrative is not intentional; the two “characters” with whom Junilyn interacts start out as inanimate objects (i.e barrel, darts) but they end up as [active characters] to push forth the intentional comic structure of the film.

The girls are very entertaining to watch, but behind their comical antics, there is a sad reality about their jobs. What message do you wish to convey through this film?

In a bigger scope of things, people tend to go to the dark side without flinching an eye if survival is an issue. But at the end of the day, decisions are made by the person himself/herself. It’s a matter of actually breaking walls and pushing yourself to what is actually right and it would take a lot of guts (with a few questions on morality and equality).

Basically, in a dog-eat-dog world, survival is key and innocence is out of the picture.

Your film very deftly balances comedy with a bleak reality. Would you agree that there is a connection between humour and tragedy? Why?

I think it works hand in hand. And both exist because they oppose each other. We find humor in tragedy and sometimes tragedy in humor. I think this is especially so for people living in the third-world, who would have learned the ropes of finding the good in tragic consequences, or circumstances that have placed you in a web of deceit. But try and you will mostly likely find a way to actually just go with it and maybe even have a laugh or two.

If you had to bring one of the three main characters (Junilyn, her friend, her lady boss) as a plus one/ companion to theSGIFF Silver Screen Awards, who would you choose and why?

I’ll be bringing Junilyn and we will be darting our way through the red carpet.

What is your hope for Southeast Asian films and filmmakers?

Just finished another short film just last month ago entitled Sandra, a story of a girl confined in a psuedo-sorority, where violence and friendship are uncannily intertwined.

And I’m working on the pre-production for my first feature, Diri Maupay Na Panahon (A Wrong Season) which will begin shooting early next year.